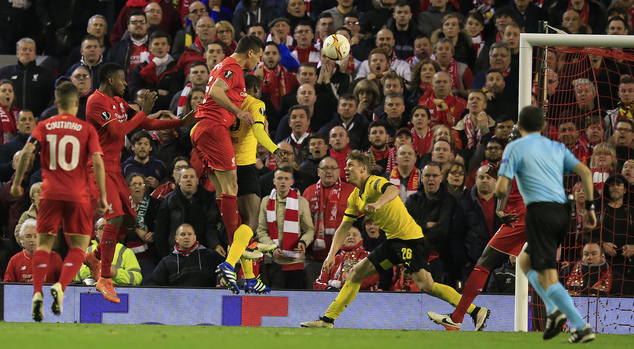 Portugal crushed Wales on Wednesday in the first semi-final of the UEFA Euro 2016, with Ronaldo once again winning a football match against Bale, who happens to be his teammate at Real Madrid. But football fans will get a real treat on Thursday when current World Cup title holders Germany are going to face France in the second semi-final of the tournament.

Just like the first semi-final, you’ll be able to watch this game online, with most streaming options available free of charge.

The two teams last met two years ago, with Germany advancing past France in the 2014 World Cup tournament, a competition it ultimately won. But the confrontation on Thursday will be an entirely different one since France is playing at home, and happens to be one of the favorites to win the title.

That said, if you’re looking to watch the game on your smartphone, tablet, computer or internet-connected TV, then you should know there are plenty of ways to do it.

The most convenient way to do it is with the official WatchESPN app installed on your device. You can easily borrow pay TB credentials from friends and family if you don’t have cable.

If that’s not an option for you, then you might consider giving Sling TV or PlayStation Vue a shot. Both options include channels that stream the Euro 2016 games, and paying for a month of access is a lot cheaper than paying for cable. If you’ve never used either one, you’ll be eligible for free trial periods that will cover both today’s game and the Euro 2016 final on Sunday.

The slightly more complex way to watch the game requires access to a VPN service so that you can access live streaming from a TV network in a different country. You’ll have to find a viable country first, hopefully one that doesn’t require usernames and passwords after you’ve spoofed your location.

If you absolutely want to avoid paying for any online service but want to watch the game online, then there are plenty of shady sites streaming Euro 2016 matches. But performance isn’t always reliable, there are plenty of pop ups and ads to deal with, and the commentary might be in a foreign language that you don’t understand.