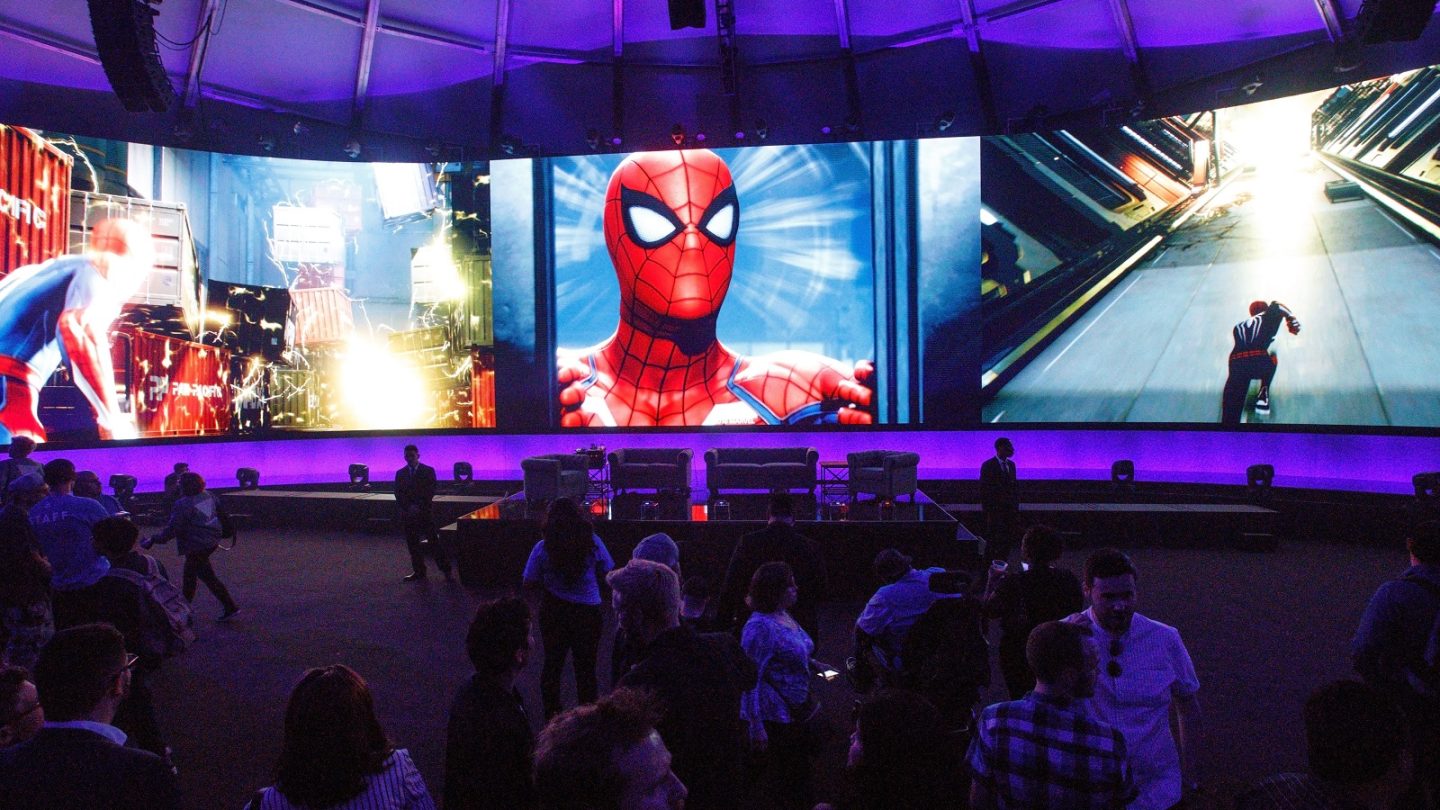 Four days and about a thousand trailers later, the E3 2018 press conferences are finally over. Nintendo wrapped up its Direct live stream on Monday morning, signalling the actual start of E3, during which thousands of fans and press members enter the Los Angeles Convention Center to get their hands on the new wares.

But before we start talking about the biggest games and most exciting surprises of the show, let’s take a moment to reflect on the press conferences themselves. After having spent god knows how many hours watching these streams over the past four days, I decided to go through and give all of them a score from A+ to F. I also included my complete rankings at the bottom of the post, if you want to see how I thought they all stacked up against one another.

For the past several years, EA has put enormous pressure on itself to come out of the gate swinging due to the fact that its press event takes place before any others. You don’t want fans to walk away wondering about what everyone else is going to show off — you want them to be thinking about the games you showcased all day long. Unfortunately, save for a few big reveals, EA failed to make much of an impact, and the online community responded in turn.

On one hand, BioWare’s Anthem looks like a fascinating take on the Destiny formula, giving players a massive world in which to shoot, run, swim, and fly around. On the other, there were very few surprises other than the simultaneous reveal and release of Unravel 2 and the announcement of Star Wars Jedi: Fallen Order from Respawn Entertainment. Other than that, it was EA Sports titles, Battlefield V, and Battlefront II updates.

EA’s lackluster showcase opened the door for Microsoft to grab everyone’s attention on Sunday morning, and the Xbox team didn’t disappoint. After kicking off its presentation with trailer for Halo Infinite (which sadly isn’t anywhere near being done), Microsoft went on to show 50 video games, including over a dozen with exclusivity for Xbox One. Some of the highlights included Ori and the Will of the Wisps, Forza Horizon 4, Gears of War 5, a new Battletoads games, and an expansion for Cuphead. And those were just the exclusives.

We were also introduced to Sekiro: Shadows Die Twice (from the team behind Dark Souls), got to see The Division 2, Shadow of the Tomb Raider, and Devil May Cry 5 in action, learned about the anime-centric Jump Force, and saw a ton of sequels: Just Cause 4, Dying Light 2, Fallout 4. Then, to cap it all off, a Cyberpunk 2077 trailer.

For the first time since Bethesda started hosting its own press conferences at E3, there really wasn’t much to show off with a release date in the same year as the show. This was a surprisingly forward-looking event from the Elder Scrolls publisher, with a few 2019 titles on display in some form or another (Rage 2, Wolfenstein: Youngblood), and several announcements that could be at least two years away (Doom Eternal, Starfield, The Elder Scrolls VI).

The games that are coming out this year are off the beaten path though, with Fallout 76 diving headfirst into online multiplayer and The Elder Scrolls: Blades bringing the beloved franchise to mobile devices this fall. It’s too bad that Starfield and the next core Elder Scrolls title are still so far out, but this was a strong showing from Bethesda overall. Without a doubt, I will be spending countless hours with Blades on my iPhone later this year.

I honestly don’t know why Square Enix even bothered to stream anything this year. It had been three years since the Japanese publisher held its own event at E3, and after all that time, the best that it could come up with was a bunch of recycled trailers from other press conferences and a few incredibly vague announcements. When a highlight of your event is a Monster Hunter crossover event for Final Fantasy XIV, you know you’ve screwed up.

That said, I am excited to see what Babylon’s Fall — from Platinum Games — actually is. And to be fair, I do want to play a bunch of the games Square Enix showed off, especially Kingdom Hearts 3, Just Cause 4, and Shadow of the Tomb Raider. But if you’re not even going to mention the Final Fantasy VII remake, don’t host a stream.

If nothing else, Ubisoft certainly knows how to put on a show. The dance number at the beginning of the event was long enough to be hysterical, the lack of a dedicated announcer gave the developers more time to speak about their projects, and Beyond Good and Evil 2 continues to be one of my most anticipated games, even though I don’t really know what it is, when it takes place, or if it’s coming out before the end of the decade.

Other than the disappointment of Assassin’s Creed Odyssey being the climax of the show after being spoiled weeks ago (which isn’t Ubisoft’s fault), everything flowed incredibly smoothly, with a few surprises thrown in amid the games we expected to see, like Trials Rising, raids in The Division 2, and a new expansion for For Honor. Also, spoiled or not, Odyssey looks stunning, even if it is more or less a re-skin of Assassin’s Creed Origins.

Despite the needlessly complicated structure of PlayStation’s E3 2018 showcase, I think the decision to focus on four major exclusive titles and cushion other announcements between them paid off. The Last of Us Part II is going to be a critical and financial hit, Ghost of Tsushima is letting Sucker Punch stretch its wings in a brand new universe, Spider-Man is probably going to be the best Spider-Man game ever, and Death Stranding… exists.

Had Sony not explained the format of its event beforehand, it might have been received poorly, but actually being able to spend quality time with what could be some of the best games of the next year and change wasn’t a bad idea. And the other announcements were more than just throw-ins, highlighted by Remedy Entertainment’s Control and a long-awaited remake of Resident Evil 2. It could have been bigger, but Sony’s event served its purpose.

Much like EA is responsible for starting E3 on a positive note, Nintendo’s job is to make sure the press event slate goes out with a bang. Spending nearly 30 minutes showing off every single one of the 66 characters that will appear in Super Smash Bros. Ultimate for the Switch is certainly one way to attempt to accomplish that, but no matter how many stages, characters, and new moves are in the new Smash, the Switch library needs a boost in 2018.

Unfortunately, it’s not really clear if that’s going to happen. Nintendo continues to suffer from the same problem its always suffered from — lack of third-party support. No Battlefield, no Call of Duty, no Overwatch, no Just Cause, no Kingdom Hearts — even though we’re getting way more indie games on the Switch, we need a steady stream of first-party titles if we’re not going to get major titles from the big boppers. I’m not sure Super Mario Party, Mario Tennis Aces, and Smash are enough for the rest of the year, but at least Fortnite is finally on the eShop.

If I had to rank all of the conferences (which I don’t, but who’s going to stop me?), I’d put Microsoft on top, followed by Sony, Ubisoft, Bethesda, Nintendo, EA, and Square Enix bringing up the rear. We’re at an interesting inflection point in the current generation, with Microsoft already beginning to tease its next console, so there’s a chance next year could be substantial quieter. If this is the last big E3 of the generation though, it wasn’t a bad one.