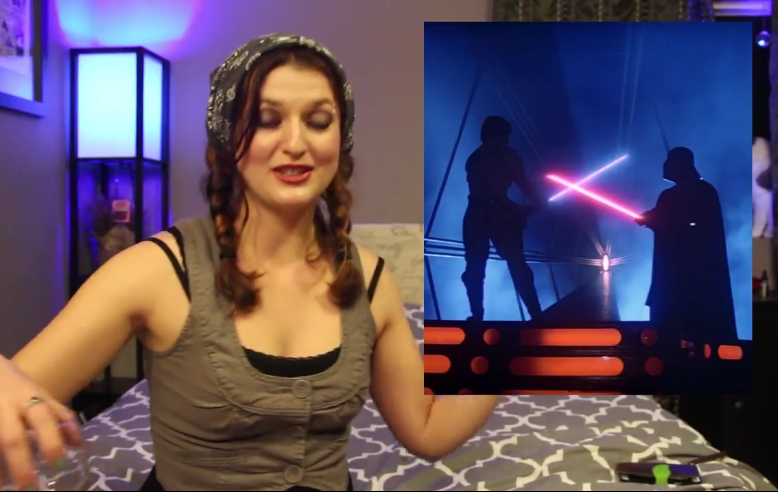 Just about every adult has seen the original three Star Wars movies by now, right? Actually, no they haven’t, as a hilarious new viral video demonstrates. Musician Mark Zabala this week posted a video on his Facebook page that shows his girlfriend trying to explain the plot of Star Wars after having a few glasses of wine. Oh, and she’s never actually seen the movies before and is trying to piece together its plot based on things she’s heard and things she’s seen in commercials.

“In a galaxy far, far away, the story begins,” she accurately explains, although things are about to go downhill very quickly. “And there’s a main character and his sole purpose is to save the princess. And the princess is very pretty, she has cute little buns in her hair…”

She then explains that the main character is someone named “Lucas” who is played by Richard Gere (???!!!). She also seems to think that “Lucas” saved Princess Leia with the help of imperial storm troopers… who are actually the bad guys in the movie, but who’s keeping track at this point?

She also has a solid description of the epic “Lifesaver” fight between Darth Vader and “Lucas” that she describes as “a very intense seen because, it’s like, the father and the son fighting on different sides of… the equation.” She also says that Princess Leia “holds the key to the world of the galaxy,” which sounds like the most awesome key ever created by anyone.

My descriptions really can’t do this video justice, however. You’ll have to watch the whole thing for yourself below: