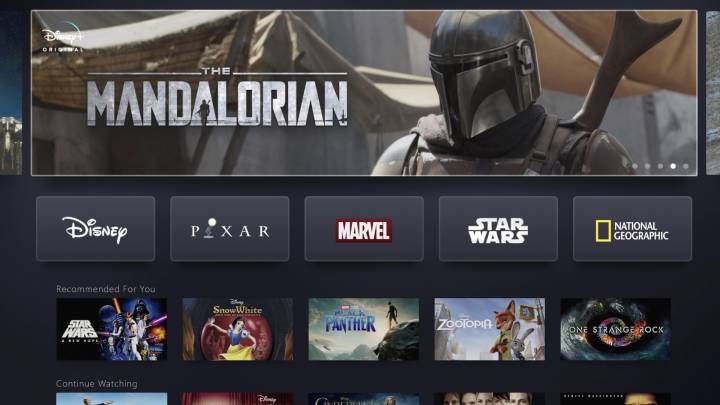 Earlier this month, Disney officially took the wraps off of Disney+, its highly anticipated streaming service designed to compete with the likes of Netflix and HBO. With streaming being all the rage these days, and with Disney already boasting an absolute treasure trove of content, getting into the streaming game certainly makes a whole lot of sense.

From what we can gather so far, Disney’s streaming strategy appears to be incredibly well thought out. In addition to a vast library of compelling content — which will include all 30 seasons of The Simpsons — the company signaled a willingness to offer Disney+ at a discount should users opt to bundle it with services like ESPN+ and Hulu. And speaking of price, the $6.99 price point Disney revealed last week is remarkably cheap and does a solid job of undercutting Netflix.

With Disney+ slated to roll out this coming November, it stands to reason that the nascent streaming service will quickly amass an impressive number of subscribers. What remains to be seen, though, is if consumers will view Disney+ as an “add-on” service to be enjoyed alongside Netflix or if Disney+ is so compelling that it might actually prompt some Netflix subscribers to cancel their subscriptions altogether.

Tackling this very issue, Streaming Observer recently conducted a survey of 602 Netflix subscribers in order to assess the impact Disney+ might have on Netflix.

With just under 14.5% of subscribers indicating they might leave the service, that represents nearly 9 million customers. That represents $116.9 million a month of potential lost revenue for Netflix. This echoes the anger many subscribers expressed in 2017 when learning Netflix would be losing Disney content.

Of course, the reality is many people who threaten to cancel won’t actually follow through and do so. However, even if it’s just the 2.2% of subscribers who indicate they will definitely cancel that end up doing so, that still represents 1.3 million domestic customers at a time when Netflix’s growth in the US is stalling.

I certainly agree with the sentiment here, which is to say that many people may talk a big game when it comes to cancelling Netflix but not many people actually follow through. Further, with Netflix continuing to pump out fresh content at a breakneck pace, it’s hard to envision a large group of users — except for, perhaps, die-hard Disney fans — opting for Disney+ over Netflix.

As for Netflix subscribers keen on trying Disney+, 37.5% of respondents indicated a plan to take the new streaming service for a test run.

There’s plenty more information to be gleaned from the survey, which can be viewed in its entirety over here. My personal take is that Disney+ is incredibly compelling — especially at the $6.99 price point — but it’s truly hard to imagine any one service really giving Netflix a run for its money at this point.