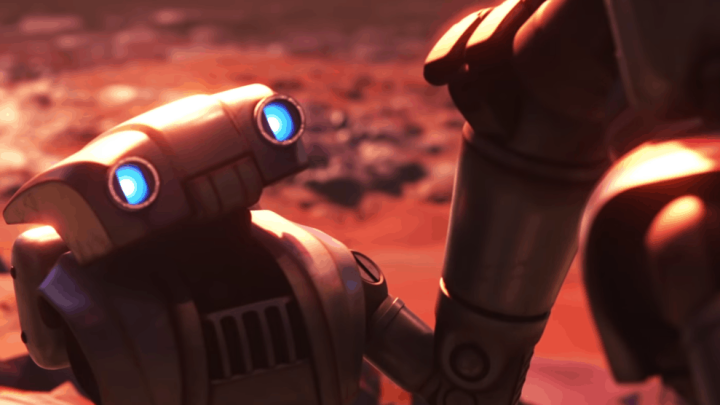 Earlier this year, Pixar released a new short film as part of its SparkShorts animation initiative that, in my opinion, is tailor-made for any of you out there who loved Wall-E. The short is called Smash and Grab, and it features a pair of adorable robots toiling away in factory-like drudgery, recognizing that at least they have each others’ friendship.

The robots have bright, luminescent eyes, move and behave a little like humans and communicate via cute beeps and boops. There is a bit of a story packed into the short, which is gorgeously animated — and which Disney has wisely decided will be included in a collection of new, original Pixar content that will be exclusive to the company’s streaming service, Disney+, which launches on November 12.

Pixar’s SparkShorts initiative is a way for the beloved animation company to do a couple of things at once. This serves as a way to keep the Pixar tradition alive of producing the kinds of animated shorts that have traditionally run ahead of Pixar’s feature films. It also serves as a way to surface new animation and directing talent from within Pixar, giving more creators the opportunity to be involved in making shorts.

Six of those shorts will be exclusive to Disney+, including Smash and Grab, and Disney shared a tease of what some of that new content entails on Wednesday via its social media channels:

The six shorts, including their descriptions from Pixar, are:

The first four of those will be available to stream on Disney+ launch day. Wind and Loop are coming in December and January, respectively. Meanwhile, if you want to check out the Smash and Grab robot-filled short we mentioned above, it’s still available for now on YouTube: