You go to Disney World — that’s the one in Florida, not the one in California, which is Disneyland and is older, and doesn’t have as much neat stuff, get it right, punk — to enjoy the rides, eat at nice restaurants, and watch the kids melt when they see their favorite fiction characters lumbering around in big foam costumes. Recently, visitors got all that and a whole more when a robotic dragon accidentally set itself on fire as it rolled through the park, and nobody seemed to think that anything was wrong.

As reported by the Orlando Sentinel, the dragon, a regular part of the Disney World experience, normally just strolls down the main walkway during the park’s daily parade. It doesn’t do much beyond tilting back and forth and occasionally releasing a puff of smoke and flame, but this time things went a little bit sideways.

The dragon, which is apparently a nod to the Maleficent character from the Sleeping Beauty franchise, caught its own head on fire as it it was performing its usual routine.

The dragon’s entire skull was engulfed in flames as onlookers shot video, and it appears that most park visitors just thought that it was part of the show. Eventually, park workers were able to douse the flames using portable fire extinguishers, but a chunk of the dragon’s head later fell off as well, suggesting some pretty serious damage.

Park official called the local fire department just to be on the safe side, but the dragon was already cooling off by the time they arrived. Nobody was injured in the fire, unless you count the dragon, but it’s probably going to need a wee bit of refurbishing before it’s ready to join the parade again.

The video which was posted to Instagram gives you a good idea of just how big the dragon is, and you can see the steady stream of what appears to be melted plastic bits falling to the ground and leaving smoke trails as park workers try to put the fire out. Honestly, they should just make this part of the regular routine. 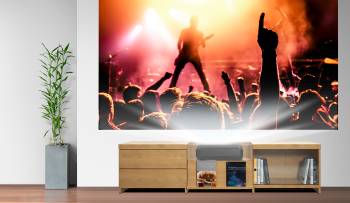