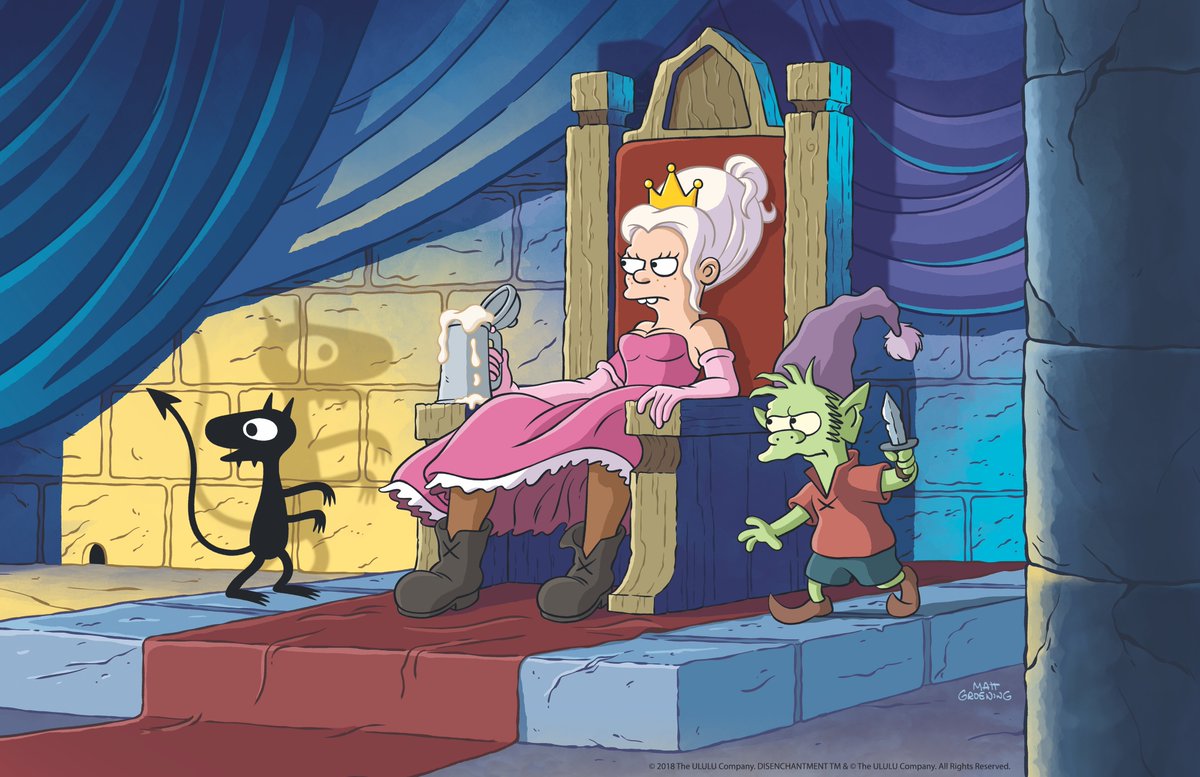 Netflix earlier today released a teaser trailer for Disenchantment, a new animated series from Futurama and The Simpsons creator Matt Groening. The first season of Disenchantment will consist of 10 episodes and is slated to premiere on August 17th. Groening certainly has an incredible track record when it comes to animated series so expectations for his latest effort are understandably quite high.

As to what the new series will be about, Groening and his team are ready to infuse their unique brand of witty humor into a medieval backdrop. As the trailer itself notes, the setting makes sense given that we’ve already seen Groening tackle the present with The Simpsons and the future with Futurama.

A synopsis of the show reads in part:

In Disenchantment, viewers will be whisked away to the crumbling medieval kingdom of Dreamland, where they will follow the misadventures of hard-drinking young princess Bean, her feisty elf companion Elfo, and her personal demon Luci. Along the way, the oddball trio will encounter ogres, sprites, harpies, imps, trolls, walruses, and lots of human fools.

The newly released trailer, which you can check out below, doesn’t reveal too much about the show or the type of humor we can expect to see, but it does partially clue us in to the overall look and feel of the show.

As a quick aside, Futurama fans will be glad to know that some of show’s characters will be voiced by Bill West — who previously voiced Dr. Zoidberg, Professor Farnsworth and Fry — and John DiMaggio who is perhaps best-known for being the voice of Bender.