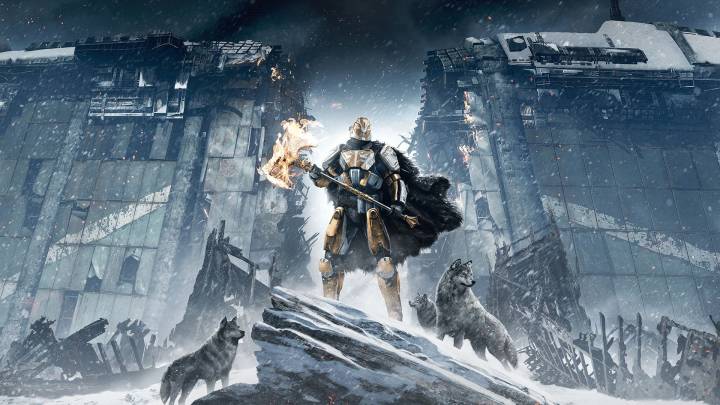 Countless leaks have already spoiled most of the surprises, but Bungie will finally (officially) unveil the Rise of Iron DLC for Destiny at 1PM ET today. Rise of Iron will be the first major DLC release since The Taken King launched last September, and as such, it’s going to be filled with new content for players to explore.

SEE ALSO: How much does it pay to work on a $200M blockbuster movie?

Here’s the official description of the DLC expansion, which temporarily appeared on the Xbox Store yesterday, but was promptly pulled by Microsoft:

Destiny: Rise of Iron is the next highly anticipated expansion to the Destiny universe. The wall which stood for centuries along the southern border of Old Russia has collapsed. Fallen mutants now scavenge the tombs of the Golden Age, and the plague they have unearthed in the wastes is more dangerous than even they understand. Join Lord Saladin. Journey into the Plaguelands. Learn the fate of the Iron Lords and stop the growing threat before it is too late.

Based on that description, it sounds like we’re in for a content drop just as large, if not larger, than The Taken King. Destiny fans have been waiting patiently for months, but it sounds like Rise of Iron is going to be worth the wait.

We also know that the DLC will release on September 20th, but for any other news regarding Rise of Iron, you’ll have to tune in to the live stream below: