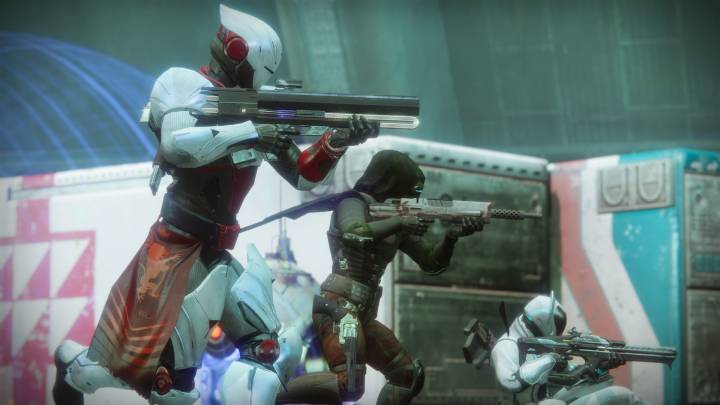 As one of the most anticipated games of the year, Destiny 2 didn’t disappoint. It improves on the original game in almost every way, and even though not all of the features and activities are live yet, it still feels like a far more complete game than Destiny did at launch. But as positive as the internet’s reaction to the game has been, there is one issue that has a significant portion of the community up in arms.

In Destiny, one of the possible cosmetic items players could receive obtain was a shader which could be applied to a set of armor to change its color scheme and pattern. Once a player received a shader in Destiny, they were able to apply it to any set of armor at any time. In Destiny 2, that’s no longer the case.

Shaders in Destiny 2 are consumable single-use items. Use a shader once and it will vanish from your inventory. To make matters worse, shaders can now only be applied to a single weapon or piece of armor. As difficult as shaders are to find (and as wide a variety of shaders as there are to collect), you might spend the rest of 2017 hunting for enough copies of the same shader to make a consistent palette for your Guardian.

For those of us who don’t care about cosmetic upgrades, this isn’t going to have much of an impact, but it’s an incredibly lame way for Bungie milk its fans for a few extra dollars. While players are able to acquire shaders by accomplishing tasks and defeating enemies in game, they can also spend Silver (the game’s premium currency, which can be purchased with real world money) to buy Bright Engrams, which feature a wide variety of items, including shaders. This is about as blatant a money grab as you’ll ever see.

There are countless threads on the Destiny subreddit about the new system (which is universally reviled, as you might expect), but one of the most level-headed and comprehensive is this thread from WeilageM, who pleads with the community to boycott microtransactions until Bungie reworks the system.

The thread is absolutely worth reading if you want to understand why players are so upset about the change (and how much better the old system was), but I was particularly drawn to one user’s comment about another online game: Guild Wars 2. Guild Wars 2 has cosmetic items called dyes which are virtually identical to Destiny 2’s shaders. In Guild Wars 2, once you collect a dye, you unlock it forever and can use it at any time to modify the color scheme on your character’s equipment. The game’s developer, ArenaNet, also introduced premium dyes that could only be bought from the in-game shop with Gems (similar to Destiny’s Silver), but even those dyes can be sold on the game’s trading post for in-game currency, so any player can potentially acquire them and unlock them forever. There are countless ways to handle this system — Bungie picked a bad one.

As another member of the Destiny subreddit points out, if the worst thing about a game is its cosmetic shaders, it’s probably a pretty great game overall. And Destiny 2 is a great game — a significant leap over its predecessor with plenty more to come — but let’s hope Bungie gets this sorted sooner than later.