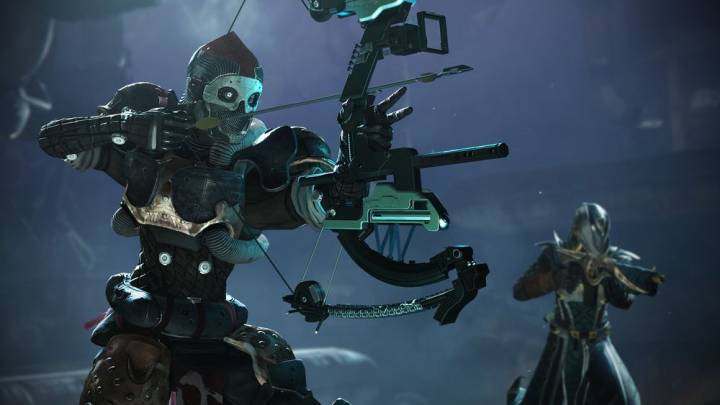 Nine months after launch, Destiny 2 is in a precarious spot. Despite being well-received when it hit last September, fans of the original quickly realized that much of the depth of the original had been stripped away, for better or worse. Destiny 2 was easier to grasp for new players, but it lacked the same habit-forming quality of the original. There just wasn’t much to keep the hardcore crowd coming back after they’d maxed out their characters.

Bungie has worked hard to recapture the spark of the first game over the past nine months with updates, overhauls, expansions, and new features, but nothing has clicked. That’s why Forsaken — the latest and largest expansion — is so important. It might be Bungie’s last chance to win back those who have abandoned the game.

Kicking off Destiny 2’s Year 2, Forsaken introduces two brand-new areas to explore, a new mode that mixes PvE and PvP combat, and a new raid in an ever-evolving destination called The Dreaming City. It starts with a new campaign, which follows your character and the beloved Exo Vanguard Cayde-6 as you hunt down the most-wanted criminals in the galaxy. Along the way, you’ll discover new weapons, new mods, and even a brand new weapon type.

We’ll learn more about the story of the campaign at E3 2018, but we also got a glimpse of the PvPvE mode Gambit during the live stream reveal on Tuesday. In Gambit, two teams of four will each be dropped into their own discrete maps where they will have to face off against a series of enemies, collecting and banking “motes” along the way to make things more difficult for the other team. One player can even invade the other team’s map unexpectedly at certain points throughout the match to disrupt their progress and take as many of them out as possible.

The Dreaming City was the highlight of the stream though, as it will serve as both a new endgame area for those who have completed everything else, as well as the home of the new raid. We still don’t know much about The Dreaming City, but Bungie says that it will evolve over time as players complete missions and discover secrets.

Finally, Bungie is also addressing some of the game’s systems that core players are unsatisfied with. You can see the full list of changes on the latest development roadmap on Bungie’s blog, or check out the highlights here:

These are just some of the ways that Destiny 2 will fundamentally change alongside the release of the expansion. Forsaken will be available for PS4, Xbox One and PC on September 4th. You can buy it on its own for $39.99, buy it with the new Annual Pass (which provides bonus rewards and introduces three premium content releases) for $69.99, or pick up the Digital Deluxe Edition for $79.99 with some bonus in-game items included.