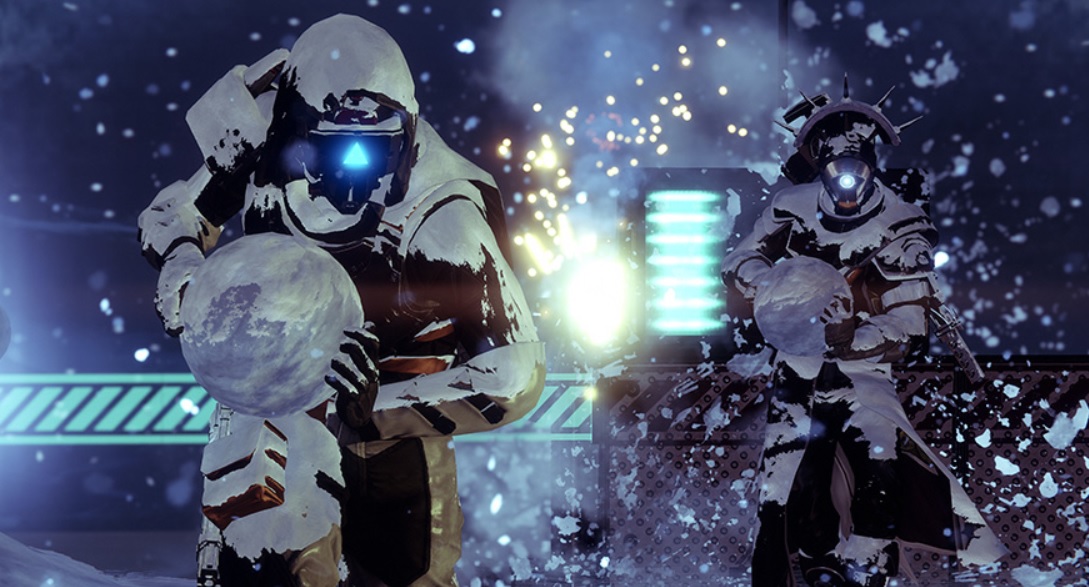 If you already blew through Curse of Osiris and are once again desperate for more Destiny 2 content, we have some good news for you. On Tuesday, Bungie revived The Dawning (an in-game holiday event), bringing a host of exciting new activities and seasonal decorations to the world of Destiny 2 from now through January 9th.

The first thing you’ll notice when you log into Destiny 2 this week is how festive the social spaces have become. Both the Tower and the Farm will be covered in snow and decorations for the remainder of the event. But the snow isn’t just for show — you can pick up snowballs in the social spaces and tag your fellow guardians. Snowballs will also appear in Strikes during the event, where you can use them to stun enemies and deal significant damage.

The most exciting addition of The Dawning though might be Mayhem — a multiplayer mode in the Crucible in which Super abilities recharge faster and point values are increased. If you’re looking for a more chaotic experience in the game’s competitive arena, you’re going to want to jump into this game mode at some point this month.

And while the fun of throwing snowballs in Strikes and blowing up enemies with Supers in the Crucible might sound like its own reward, you can receive real (in-game) rewards as well for participating in the events. Every week during The Dawning, you will have the chance to complete a milestone to earn a Dawning engram. There are all sorts of Dawning-themed items and gear, and if you miss any, you can buy them from Tess Everis.

Finally, if you pick up a Dawning Gift Schematic from the Bazaar in the Tower, you will be tasked with traveling to one of the game’s many worlds and crafting a gift for an NPC. When you give the vendor or agent their gift, you’ll receive one in return. It truly is the season of giving in Destiny 2. Just be sure to join in the fun before January 9th.