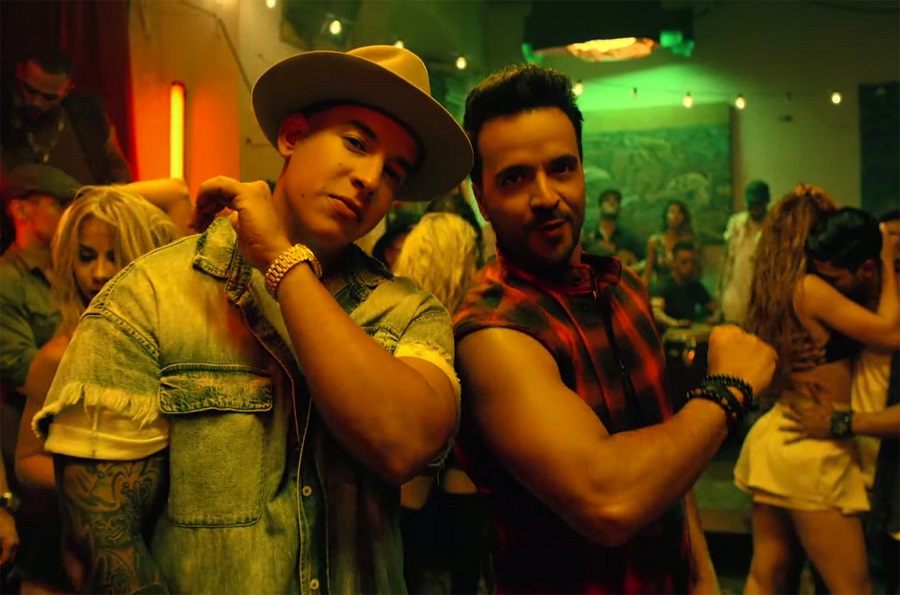 A little more than two months ago, Despacito became the most viewed YouTube video of all-time, snatching the top spot from See You Again, the 2015 hit from Wiz Khalifa and Charlie Puth. As it stands now, Despacito, which is by Luis Fonsi and features Daddy Yankee, currently boasts an astounding 4.94 million views. Barring any crazy surge from videos like Gagnam Style, it stands to reason that Despacito will be the first video in YouTube history to pass the 5 billion threshold.

The song itself is undeniably catchy and was easily 2017’s summer anthem, though it did arguably venture into ‘overplayed’ territory as a result. Still, the song, along with the video which features former Miss Universe Zuleyka Rivera, offers up a compelling and eye-popping viewing experience.

In an interview with FCP.co, creative director Carlos Pérez talked a little about the creative underpinnings of the video.

Fonsi had a clear vision from the start. He immediately mentioned that he wanted to showcase the colors and textures of Puerto Rico, our culture, the water, the dancing, and the beauty. In essence he knew it was a sensual song and we had to reflect that in our lead, in the visuals and the choreography.

After working many years with FCP we transitioned smoothly to FCP X about two years ago… Our clients want to be impressed with our creative ideas and with the visual stories we create for them, not with the size of our edit bay or the kind of graphics cards we use. Despacito was shot in Red Raw and edited straight on a 4K timeline, but we also produce complex multicam movies and videos that require lots of VFX. Final Cut Pro X handles all these projects without any problems on our standard hardware, so we are very happy with this combination.

Famously, not everyone welcomed the Final Cut Pro to Final Cut Pro X transition with open arms, but Pérez and co. apparently didn’t miss a beat. When asked to name the features he likes most in Final Cut Pro X, Pérez explained that it’s about the entirety of the editing experience.

It’s not about features, it’s about the overall editing experience. To start with, organizing and searching through tons of clips is very fast and straightforward in FCP X and that’s what I like a lot about this application. We had little time to edit Despacito. Being able to organize, preview and access the footage in a very efficient way was key for the turnaround.

If you’re a video aficionado, or even if you happen to be the least bit curious about how music videos are put together, filmed, and edited, the entire interview is well worth checking out.