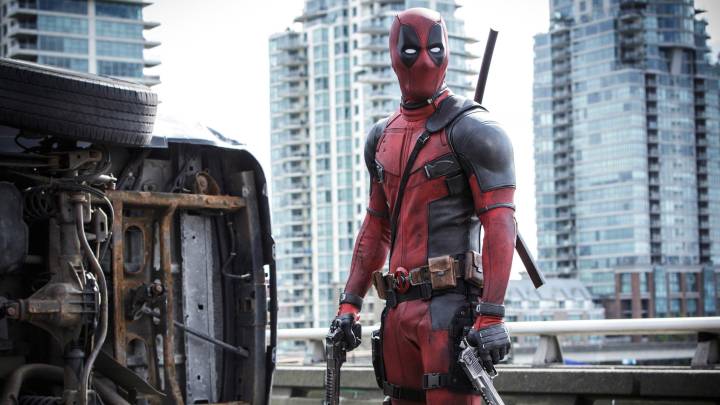 Remember the rumor that said Ryan Reynolds and the Deadpool gang was shooting a short Deadpool 2 trailer that was supposed to run after the credits in Logan? It turns that report was slightly inaccurate. The scene Reynolds shot actually plays right before Logan starts, as a hilarious introduction for the final Wolverine movie. The clip also tells us that Deadpool 2 is indeed in the making, but doesn’t provide an actual release date.

The Deadpool scene you see before the movie starts won’t be part of the sequel. It’s just a snarky introduction to Logan.

We see Reynolds as Wade Wilson witnessing a mugging on the street, at which point he rushes off to the nearest phone booth to change into his Deadpool outfit just like Superman would. However, Wilson is really having a hard time getting his suit on, and he spends about a minute inside the booth, struggling to get the costume on. When he’s nearly done with it, he hears a gun going off and it’s too late to save the guy.

“You know who would have been able to save you? Logan.” Deadpool tells the dead guy after finally reaching the scene of the crime. “He doesn’t have to change into anything. All he wears is jeans and a tank-top.”

As for Deadpool 2? It’s “coming… not soon enough,” the teaser says. Here’s the clip, as recorded with a smartphone in a theater.

YouTube channel ComicBookCast2 has a good rundown of the clip and provides an interesting tidbit. This first Deadpool 2 teaser might come in different versions depending on where you see Logan.