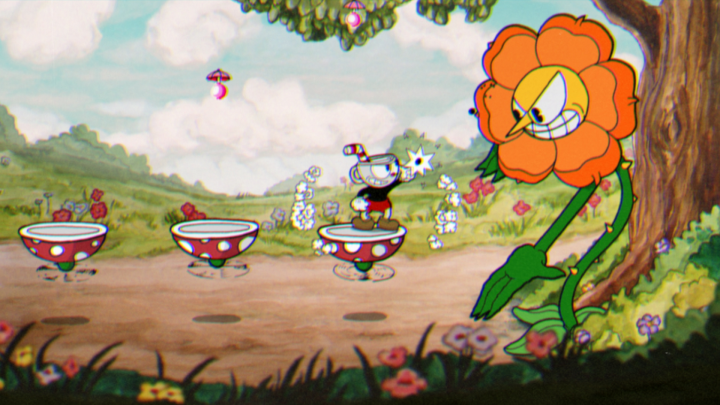 Early on Monday morning, the smash hit indie game Cuphead quietly launched on the iOS App Store. This wouldn’t have been the first time that a major title appeared on the App Store with little to no fanfare, but StudioMDHR — the team behind the original game — hadn’t even hinted that a mobile port was in the works.

Nevertheless, TouchArcade shared a link to what appeared to be a genuine Cuphead port that was available on the App Store for $4.99. But not long after the post began to make the rounds, StudioMDHR chimed in on Twitter to alert customers (as well as Apple) that it had nothing to do with the app. It was a scam.

There are countless infamous cases of popular mobile apps being ripped off (Threes vs. 2048) and indie games being lifted wholesale and repackaged as cheap, crappy ports on mobile storefronts (this terrible Astroneer scam), but there was something different about the Cuphead app. Although it has since been removed from the App Store (and rightly so), those who did get their hands on it discovered it to be a shockingly competent version of the game.

There is a Cuphead imposter app on the iOS store — this is a scam. We are working on removing the fraudulent app ASAP!

The video below was uploaded by a YouTube user who managed to download the game before it was taken down. While it is unquestionably inferior to the game that debuted on Xbox One and PC earlier this year, it would not have been immediately apparent to someone who didn’t play Cuphead that this was a scam:

The virtual controls actually work, the cutscenes play when they’re supposed to play, the open world is intact, all the levels and bosses are there — as TouchArcade’s Eli Hodapp explains in a piece that serves as both an apology to his readers and an explanation as to how this could have happened, this is the next level of scam. Often, scam apps will look nothing like the screenshots on the App Store. Sometimes they won’t even open. And yet, though it is nowhere near the quality of what an actual Cuphead port would look like, this scam was good enough to fool people.