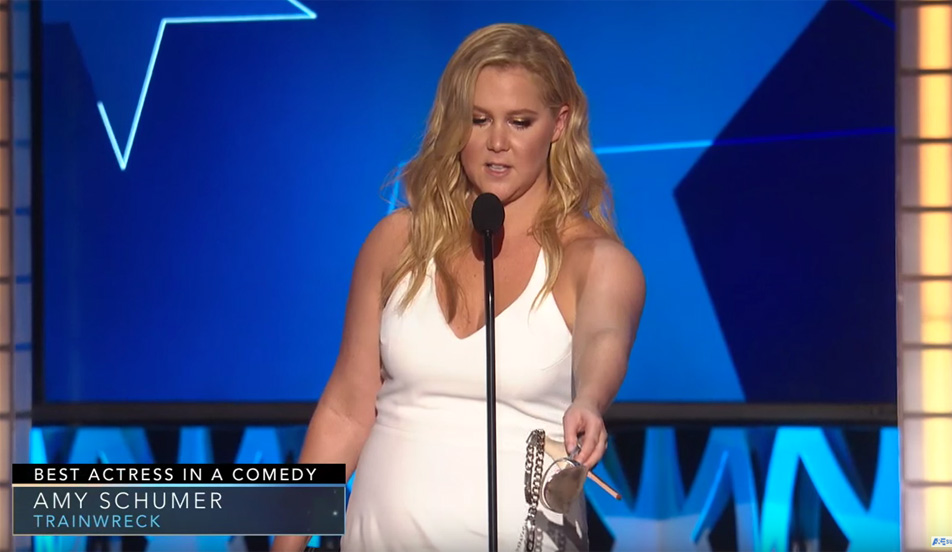 Amy Schumer is not new to comedy by any means, but her career has completely taken off over the past year or so. She’s easily one of the hottest comics in the world at the moment, and she was acknowledged once again in Sunday at the 2016 Critics’ Choice Awards. Schumer beat out some serious competition to take the Best Actress in a Comedy category over Jennifer Lawrence in Joy, Tina Fey in Sisters, Melissa McCarthy in Spy and Lily Tomlin in Grandma.

The best parts of the evening might not have been any of the awards themselves, however. Instead, Schumer’s acceptance speeches, which were both delivered after the young actress had enjoyed quick a few cocktails, were both pretty hilarious. This should help paint a picture: Schumer stumbled and lost one of her shoes on the way up to deliver here second speech.

MUST SEE: 10 paid iPhone apps on sale for free for a limited time

Here’s her first speech for the MVP Award:

And here’s the slightly more drunk Best Actress in a Comedy speech where she loses a shoe: