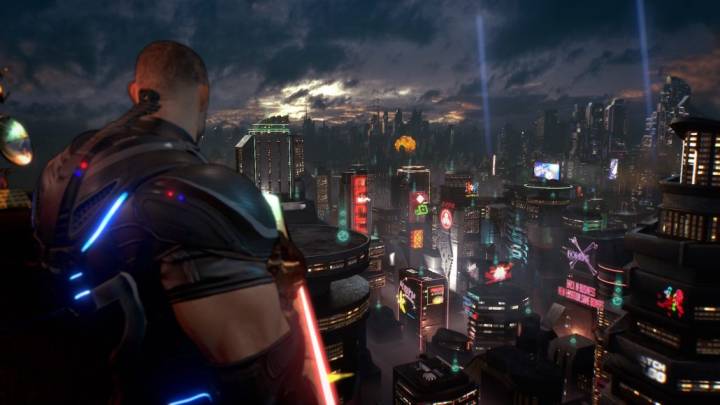 As barren as the Xbox One first-party lineup has been over the past few years, it’s about to get worse. Citing sources familiar with Microsoft’s plans, Kotaku reports that Crackdown 3 has been delayed once again, this time to 2019. The long-awaited sequel was originally slated to launch in fall of 2017, but was pushed back to spring of 2018 last year. Now it looks like we’ll be waiting at least another six months for the open world action game.

On one hand, Microsoft wouldn’t have delayed the game if it wasn’t entirely necessary. As sparse as the collection of exclusive games for the Xbox One has been in recent months, it wouldn’t be all that surprising to see Microsoft put its foot down and force the game’s multiple development studios to wrap things up as quickly as possible.

On the other hand, one of the tent-pole Xbox One exclusives of 2018 is no longer launching this year. Microsoft will undoubtedly have a few surprises in store for its E3 showcase, but at the moment, there’s very little to look forward to as an Xbox One owner. Sea of Thieves and State of Decay 2 are already out, and there’s virtually nothing left on the release schedule for the remainder of the year that won’t also be available on PS4 or Switch.

The good news is that Microsoft hasn’t completely abandoned the project. Scalebound, Fable Legends, and Phantom Dust — all of which would have been first-party exclusives — were canned in the middle of development. Whether out of necessity or confidence in the team, Microsoft hasn’t pulled the plug on Crackdown 3. Not yet, anyway.

Microsoft will likely have news about Crackdown 3 during its E3 press conference on Sunday, June 11th at 1:00 PM PT / 4:00 PM ET, so tune in if you want to see what’s in store for the Xbox One in the second half of 2018.

UPDATE: Microsoft has since confirmed that Crackdown 3 is now slated to launch in February 2019. The game will have a presence at the show during Microsoft’s E3 briefing though, so we will see the game on Sunday.