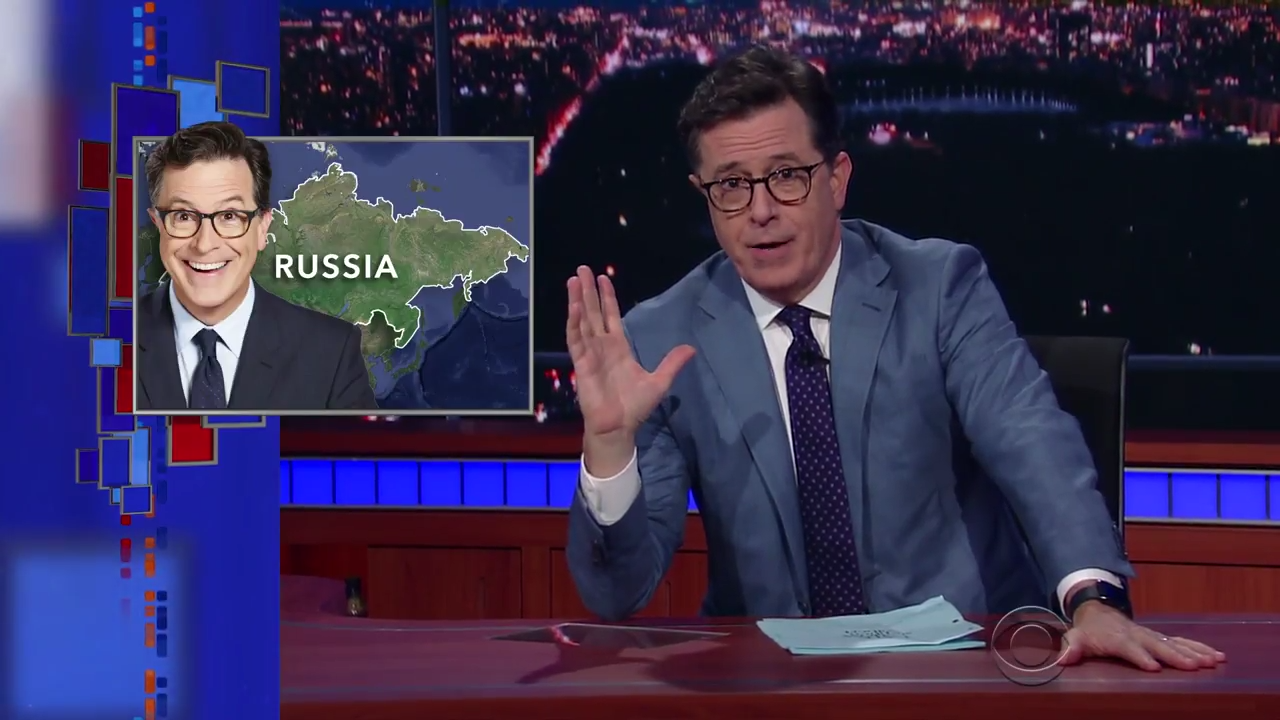 Russia has been the biggest story in American politics for months now. There’s an ongoing investigation in the House, the Senate and by a special counsel led by Robert Mueller to determine what effect Russia had on the US presidential election and whether or not Trump’s campaign team colluded with Russia in order to undermine Hillary Clinton’s campaign. Presumably, the truth is out there.

In the meantime, Stephen Colbert decided to travel to Russia himself last week to get to the bottom of everything, while making a few surprising announcements about his future in the process.

On Thursday afternoon, Colbert shocked his Twitter followers by responding to Trump’s tweets about there being no tapes of his conversations with former FBI Director James Comey:

.@realDonaldTrump Don't worry, Mr. President. I'm in Russia. If the "tapes" exist, I'll bring you back a copy! pic.twitter.com/v5flvAMtFY

Colbert apparently spent the whole weekend in Russia filming for The Late Show, and revealed on Monday night’s episode that he would be debuting footage from his trip throughout the week. We got our first snippet of the footage last night, which was taken from a Russian late night talk show similar to Colbert’s, during which he announced that he was considering a run for president. He decided to make the announcement in Russia to “cut out the middleman and just tell the Russians [himself].”

This isn’t the first time Colbert has threatened to run for president. In fact, he actually did run for office back in 2008, but only in South Carolina, and he couldn’t actually get his name on the ballot. Needless to say, Colbert is probably joking, but 2020 is still a few years away if he changes his mind…