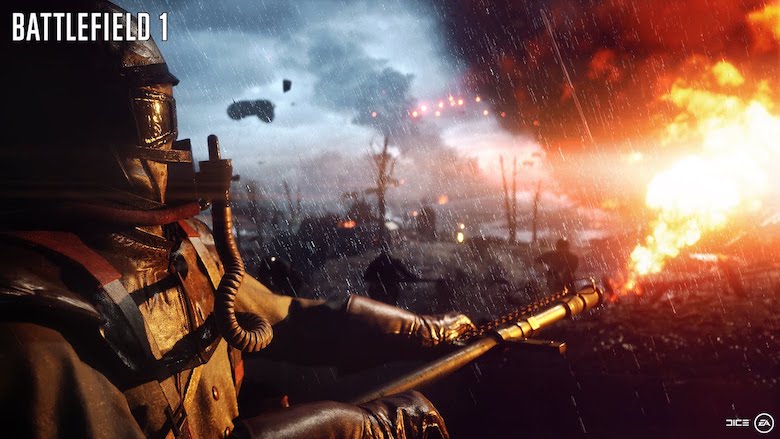 In the four years or so that Conan O’Brien has been doing the Clueless Gamer segment on his TBS show there haven’t been many games that he’s actually had any interest in playing. That changed on Thursday night, when he had the chance to sit down with World War 1 first-person shooter Battlefield 1.

If you didn’t know, Conan is a huge history buff, so the prospect of being able to step inside World War 1 was enticing to him. But with all the horror and chaos that inevitably descends during wartime, Conan needed a positive influence in the room to balance things out, which is why he brought Terry Crews along for the ride.

Crews isn’t much of a gamer himself, but as he tells Conan, he built his son a gaming PC in order to bond with him. That’s exactly the kind of sweet story Conan needs to hear in the wake of all the digital violence:

Unfortunately, Terry’s heartwarming stories and unflinching positivity aren’t enough to lighten the mood, so the staff of Conan’s show has to bring in a pack of bunnies for the clueless gamers to cuddle with.

But eventually, against all odds Conan and Crews make it through the battle unscathed, taking out a few zeppelins before they go. And Conan gives EA the best back-of-the-box quote I think I’ve ever heard:

“Battlefield 1 will make you want to urinate, it’s so good.” – Conan O’Brien

Once you’ve finished the video, why not check out our Battlefield 1 review?