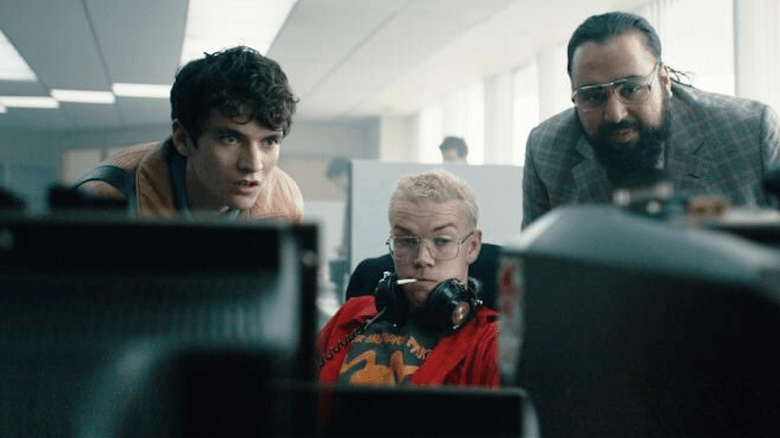 The big gimmick associated with Netflix’s buzzy Black Mirror movie Bandersnatch is that it’s very much a choose your own adventure kind of production. Viewers are presented with choices as the movie about a programmer working on a video game progresses, with the filmmakers reportedly having shot some 5 hours of footage to encompass all the potential alternatives that viewers can select.

Here’s one that neither the filmmakers nor Netflix likely hoped for, though. The book publisher behind the popular series of Choose Your Own Adventure books for kids has slapped Netflix with a $25 million lawsuit, claiming the Bandersnatch movie and its marketing infringes on the publisher’s arguably very well known trademark brand.

The book publisher is Vermont-based Chooseco LLC and alleges in the suit that Netflix basically exploited the brand associated with the book company’s famous property to market the film. As noted in a piece today by Variety, the Choose Your Own Adventure books were especially popular in the ’80s and ’90s among young readers, with publishers having sold some 265 million copies of the books.

Netflix and the publisher apparently had engaged in talks in recent years, with Netflix trying to secure a license to use the Choose Your Own Adventure trademark. Those talks, ultimately, never went anywhere. Complicating matters even more, the lawsuit points to 20th Century Fox having optioned the rights to the brand to produce a film series based on the books, with the suit implying Netflix’s production will potentially confuse audiences.

The entanglements, however, don’t stop there. The lawsuit points to further potential viewer confusion related to the brand by noting how a character early on in Bandersnatch refers to the book series, using it as inspiration for a video game he wants to pitch. Again, per Variety: “The suit also contends that the film is violent and disturbing — including references to murder, decapitation, drug use, and the mutilation of a corpse — which is inappropriate for the young adult readers of the book series. The suit claims that the violent imagery tarnishes the Choose Your Own Adventure brand.”

The misappropriation of our mark by Netflix presents an extreme challenge for a small independent publisher like Chooseco. The use of Choose Your Own Adventure in association with such graphic content is likely to cause significant damage, impacting our book sales and affecting our ability to work with licensing partners in the future. We would prefer not to resort to litigation, but given the damage that we will suffer as a result of the use of our mark we’ve been left with no other option.

Bandersnatch Choose your own adventure Netflix