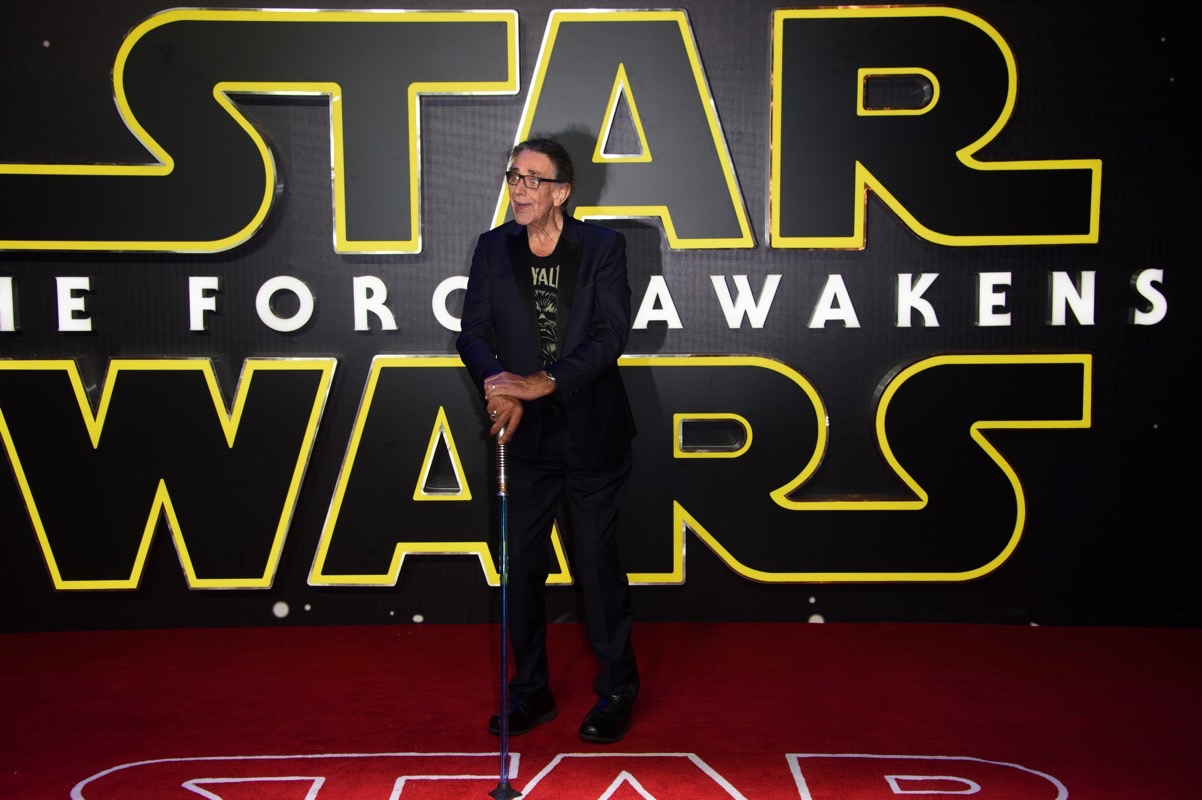 Peter Mayhew, the first actor to give us the furry Chewbacca Star Wars character that we’ve grown to love, passed away on Tuesday, aged 74. Mayhew, whose fame is directly associated with the popularity of Star Wars, transformed Chewie into an iconic Star Wars symbol. Chewbacca may have started his Star Wars journey as the sidekick of Han Solo, but fans loved him immediately, and Chewie was part of many Star Wars adventures, not just the original trilogy. Joonas Suotamo may have replaced Mayhew for the new trilogy, but Star Wars fans will never forget him.

Reactions to the sad news came in quickly from everyone involved in the Star Wars universe, from the original cast to the new generation.

“I loved him,” the actor who played Han Solo in four Star Wars films said, via BBC. Mayhew was a “kind and gentle man,” with “great dignity and noble character.”

Luke Skywalker actor Mark Hamill posted a message on Twitter, alongside shots of him and Mayhew from the set of original Star Wars movies as well as more recent photos.

“What was so remarkable about him was his spirit and his kindness, and his gentleness was so close to what a Wookiee is,” Hamill said. “He just radiated happiness and warmth. He was always up for a laugh, and we just hit it off immediately and stayed friends for over 40 years.”

He was the gentlest of giants-A big man with an even bigger heart who never failed to make me smile & a loyal friend who I loved dearly-I'm grateful for the memories we shared & I'm a better man for just having known him. Thanks Pete #RIPPeterMayhew #Heartbroken @TheWookieeRoars pic.twitter.com/8xbq9HEWF2

The first man to direct Mayhew as Chewie, and the creator of Star Wars, George Lucas said about the actor that “he was a wonderful man.”

“He was the closest any human being could be to a Wookiee: big heart, gentle nature – and I learned to always let him win. He was a good friend, and I’m saddened by his passing.”

Lando Calrissian is an old acquaintance of Chewie, and Billy Dee Williams had praising words about Mayhew as well. “Much more than Chewie to me,” the actor said.

Much more than Chewie to me…My heart hurts…I will miss you my dear friend…thanks for the great memories! #RIPPeterMayhew #StarWars pic.twitter.com/0DfCo59zpG

Suotamo, who played Chewbacca in four movies, including episodes VII through IX, and the Solo spin-off, learned how to play Chewie from Mayhew.

“Devastated to hear about the passing of a dear friend and mentor, the great Peter Mayhew,” Suotamo said on Twitter. “Peter’s warm welcome when I came aboard as his double in The Force Awakens meant so much to me. Studying the character he helped create was always a daunting task, but one that was made easier by his tutelage and kindness as we sought to bring Chewbacca to life for a new generation. He was an absolutely one-of-a-kind gentleman, and a legend of unrivaled class and I will miss him.”

Daisy Ridley who plays Rey in the new Star Wars trilogy posted her tribute to Mayhew on Instagram.

Jon Boyega shared the same image, as well as one featuring Finn and the new Chewie. “The happiness you brought to my life through Chewbacca was always enough but to meet you and experience your amazing heart was even better,” he said.

“Peter was the loveliest man…” J.J. Abrams, who directed Star Wars: The Force Awakens and unreleased The Rise of Skywalker episodes, said. “Kind and patient, supportive and encouraging. A sweetheart to work with and already deeply missed.”

Rian Johnson, who directed The Last Jedi, praised Mayhew as well. “To create a beloved character with warmth and humor is a testament to any actor’s spirit. To do it under a half ton of yak hair takes a true legend,” he said.

RIP Peter Mayhew. To create a beloved character with warmth and humor is a testament to any actor’s spirit. To do it under a half ton of yak hair takes a true legend. ❤️❤️

Disney’s CEO Boby Iger posted a message on Twitter saying that the company “mourns the loss of our beloved Chewbacca portrayer, Peter Mayhew.” He was “a gentle giant playing a gentle giant.”

The @WaltDisneyCo mourns the loss of our beloved #chewbacca portrayer, #PeterMayhew. Peter was larger than life in so many ways…a gentle giant playing a gentle giant. Rest in peace.

Mayhew might not be around to influence Star Wars, but we’ll always love Chewie because of what Mayhew did with this character, no matter who’s in that suit. Here are some of Chewbacca’s greatest moments.