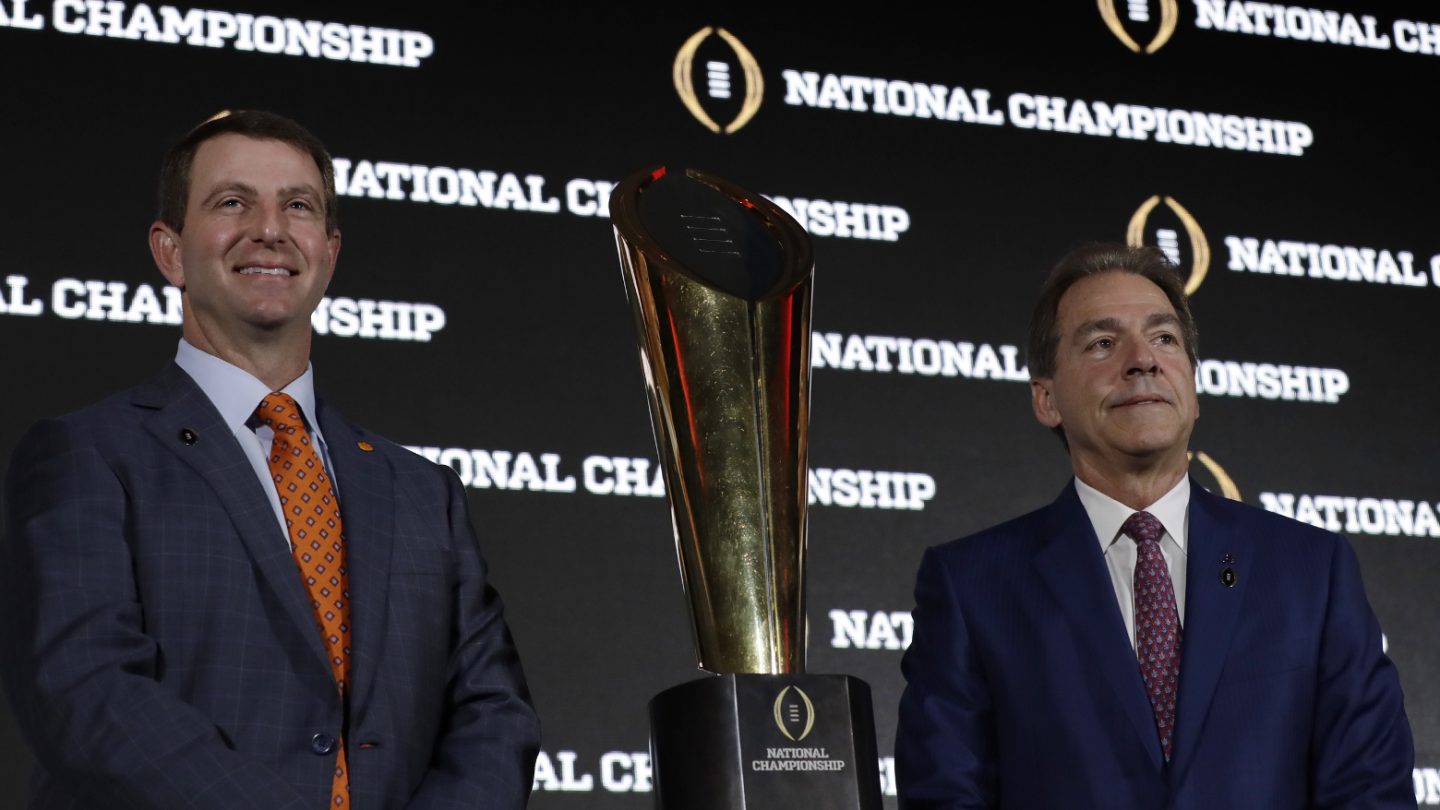 Another college football season is in the books, but despite all of the upheaval and the drama, the results are the same: Alabama and Clemson will play in the College Football Playoff National Championship for the second year in a row.

This shouldn’t come as much of a surprise to anyone who watched the regular season; these are the two best teams in the country. But there are several fundamental differences between the two teams that will take the field at Raymond James Stadium on Monday night at 8:00 PM ET and the teams that faced off in Arizona a year ago.

First of all, this Alabama team is undefeated. Alabama last year entered the College Football Playoffs with a loss to Ole Miss, but even after falling behind 24-3 against the SEC West opponent this year, Alabama managed to storm back in the second half, pulling out its most difficult victory of the season.

In that game (and every other game this season), the team was led by freshman quarterback Jalen Hurts – the first freshman to start at the position under head coach Nick Saban. If Hurts can win this game, alongside arguably the most talented defense in the history of college football, he’ll be the first freshman QB with a national title to his name since Oklahoma’s Jamelle Holieway in 1985.

As for Clemson, junior quarterback Deshaun Watson is once again the player to watch. Although his numbers this year haven’t been quite as extraordinary as they were in the 2015 season, he saved his best for last against Alabama last year, racking up over 400 yards and four touchdowns through the air.

There’s no reason to doubt he’ll be just as explosive for the rematch, especially when taking into consideration the fact that this is likely his last game in a Clemson uniform. Watson is expected to be selected in the first round of the NFL draft this year.

The game will air on at 8:00 PM ET. If you want to watch the game online, you can tune in on WatchESPN or the app (App Store | Google Play). You can also keep up with live updates on NCAA.com.