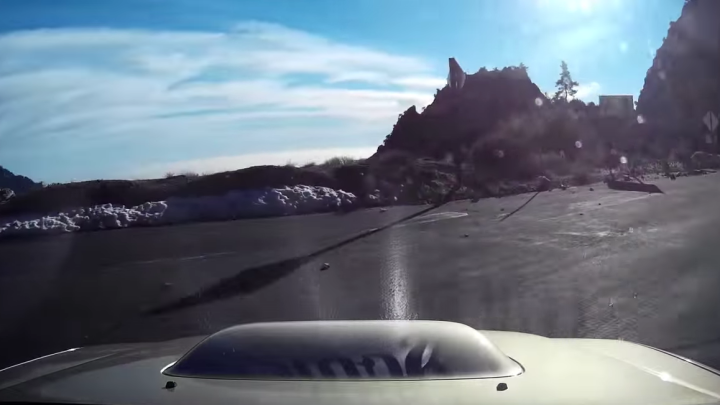 “This past Sunday, Jan 4, 2015, I received a second chance at life.” That’s how James Shaw Jr. opened a public journal entry posted alongside what might be one of the most terrifying videos we’ve ever seen.

A video posted to YouTube by Shaw last week puts the viewer in the car as the professional photographer and amateur auto enthusiast loses control of his Forester XT at high speeds and skids off the side of a mountain.

The driver of the car was one person in a group of drivers who took to the mountainside in California to enjoy a high-speed drive on a winding mountain road. As the Subaru neared the bright exit at the end of a dark tunnel, the driver momentarily lost focus — and the mistake proved to be catastrophic. Shaw hit a curve wide as he exited the tunnel and over-corrected, sending his car skidding off the side of the mountain.

A GoPro camera fixed to the dashboard of his car captured the entire ordeal.

Typically we try to avoid spoiling the end of a video but in this case we’re making an exception: the driver survives the fall (obviously, since he posted this year-old video just last week). In fact, Shaw somehow walked away from this terrifying accident completely unharmed.

The video is embedded below and you can follow the link down in our source section to read Shaw’s full account.