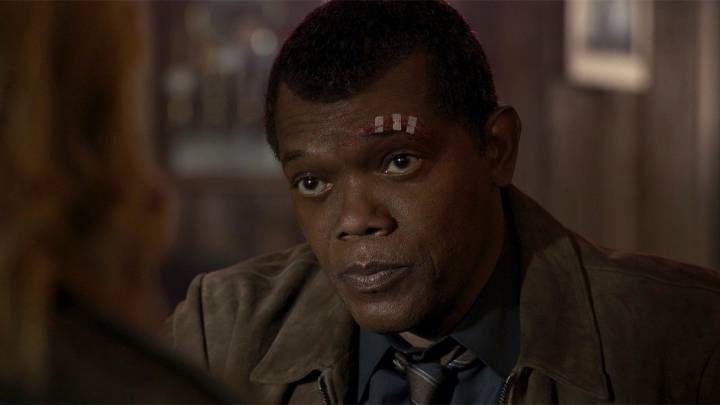 We’re less than two months away from the first MCU movie since Ant-Man and The Wasp. I’m talking, of course, about Captain Marvel, which hits cinemas on March 8th. That means we’re going to see an increasing number of promos for the film, including more TV commercials, featurettes, as well as interviews with the cast.

One such interview offered us a huge spoiler not just for Captain Marvel, but also for Avengers: Endgame, which drops in late April. But the same interview revealed that Captain Marvel won’t only be an origin story for Captain Marvel. A second Marvel character will be featured rather prominently in the film as well.

Brie Larson’s Carol Danvers/Captain Marvel is the main focus of the film, of course. We get to see how Captain Marvel came to be, what her powers are, and how crucial she might prove to be for defeating Thanos in Endgame. But a recent trailer shows us that Captain Marvel, which is set in the 1990s, will also show the inception of the Avengers. Moreover, the film will allow Marvel to plant the seeds of a vast plot line for Avengers films that will follow Endgame.

If that’s not enough, Captain Marvel will also tell us the story of an already established Marvel character: Nick Fury. Played by Samuel L. Jackson, Fury is the ruthless chief of S.H.I.E.L.D. — well, of an organization that follows S.H.I.E.L.D. — that would do anything to defend the planet. He’s not a superhero himself, but he’s the one who recruited the Avengers, providing the support they needed to perform whatever tasks necessary to keep evil in check. He also has just one working eye, further proof that he’s not afraid to get into the action.

But back in the ’90s, when Captain Marvel takes place, Fury was far from the leader we’ve grown to know and love since he first appeared in the credits scene of the first Iron Man.

The actor sat down with journalists to talk about the upcoming Marvel movie, revealing in the process that Captain Marvel will tell us how Fury evolved from a desk jockey to the boss of S.H.I.E.L.D.

“I’ve been riding a desk at S.H.I.E.L.D. and trying to figure out where the next threat will be coming from, dealing with NSA and all these other people, never thinking that there were extraterrestrials,” Jackson told ET Online about Fury. “This is the first time that I encountered them and form a belief that those people are out there, and that there are people who have extraordinary abilities that can help us combat them.”

“Things are changing,” he added. “The world is changing for him, how he views it in terms of who we are in respect to the rest of the galaxy and there [being] a much greater thing out there than who we are and what we are — and that they pose a greater threat than anyone even knows and we literally have no defenses against them.”

Jackson went on to say that Captain Marvel will also reveal “the origin of what happened to his eye,” when asked what the audience will learn about Fury, given that the character will be featured prominently in Captain Marvel.

“You’ll find out that he does have a family, that’s referenced,” he said. “You don’t see them, but they are referenced in another way. There are things we talk about in his backstory that haven’t been talked about before — where he’s from, what he’s done. There are times when he actually, humanly reacts to things with fear and awe, instead of the stone face that he normally has, before he learns to control his emotions in another way.”

“We don’t talk about none of his war experiences. We talk about him being in the war, leaving the war, being a spy and some of the things he did when he was a spy that got him to this particular place. So, we get more of a backstory, and we get more of what turns him into this person that you originally meet in Iron Man.”

This is all fascinating, and fans of the MCU will love it. Jackson also revealed that even Fury’s mother calls him “Fury.”

The actor also explained how Fury deals with Carol’s appearance and claims when he first meets her:

Well, when they first cross paths, she’s just a crazy lady that broke into Blockbuster. She’s standing there telling me that she came from some planet and she’s got on strange clothes, and she’s saying there are these shape-shifting people that have infiltrated Earth. And we’re kind of looking at her like a normal person would look at a person who tells you something like that. You kind of go, Yeah, right. Then she runs away and later on, I discover, OK! She might have been telling the truth. So, that changes that dynamic for the next time we see each other.

Finally, Jackson dropped one more major detail about the film. We already saw in the latest trailer that Agent Phil Coulson will appear in the movie, and now we hear Coulson is “brand new.”

Yeah, it’ll be epic. But, as expected, Jackson did not offer up any big spoilers, other than the fact that Captain Marvel can time travel — but he was probably allowed to divulge that detail. The full interview offers other details about shooting Captain Marvel with Brie Larson, and it’s worth a read.

Captain Marvel launches on March 8th, and tickets are already on sale.