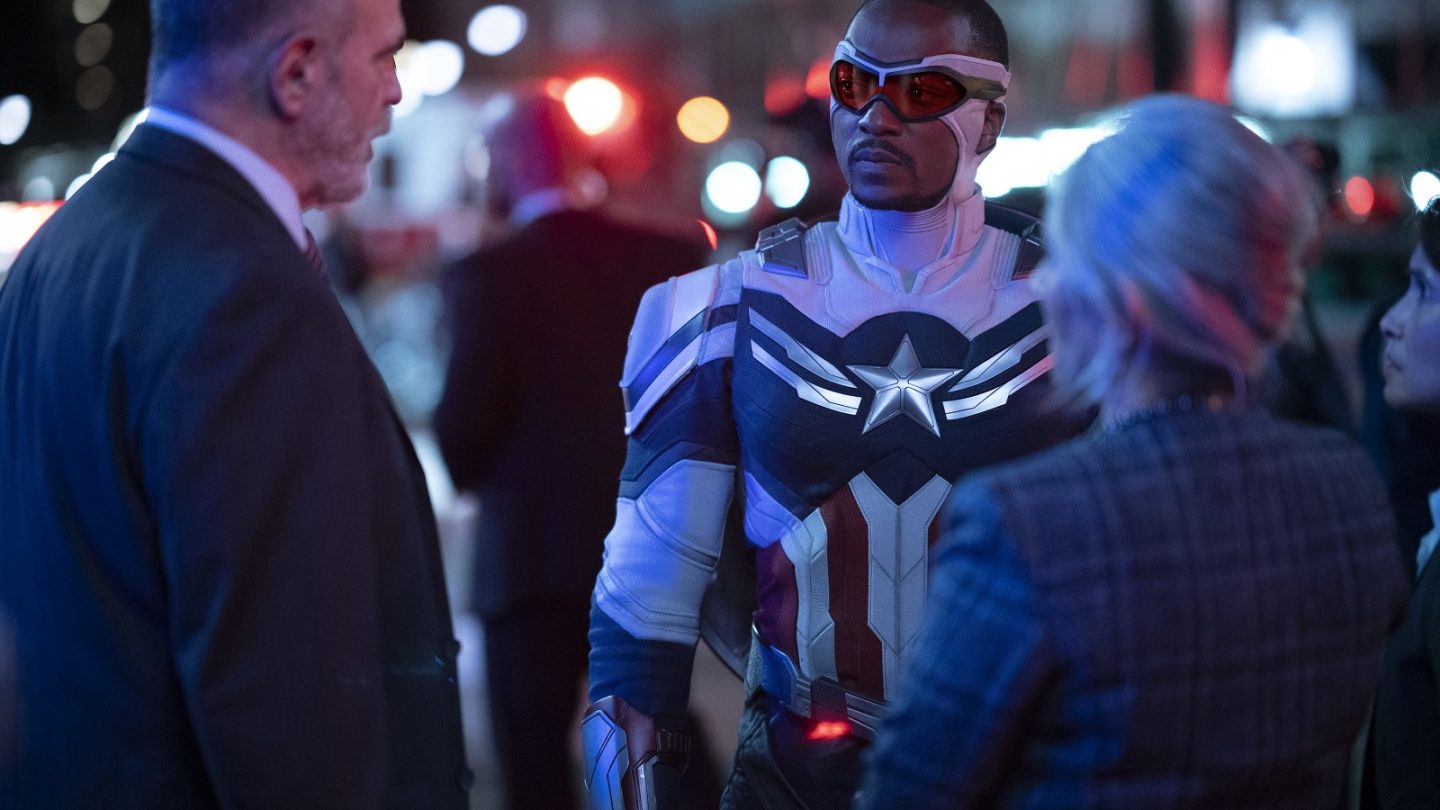 Hours after the final episode of The Falcon and the Winter Soldier debuted on Disney+ last Friday, we learned that a new Captain America movie is in the works. Marvel has yet to announce the project, but according to The Hollywood Reporter, Falcon showrunner and head writer Malcolm Spellman has been tapped to write the script alongside Dalan Musson, who also wrote on the show. Presumably, Anthony Mackie will be the star, but when Entertainment Weekly asked him about the news in a recent interview, he sounded as surprised as the rest of us.

“I literally found out yesterday in a grocery store,” Mackie told EW, suggesting that Marvel has yet to reach out. “The checkout guy named Dwayne, a cool cat, he’s like, ‘Yo, man. Is this real?!” [holds up a cellphone] “I’m like, ‘I haven’t heard anything.’ That’s what I love about working for Marvel. They call you, they’re like, ‘Come to L.A. We wanna tell you what’s going on.’ So, I’m excited to see what happens, but I haven’t heard anything.”

This is the first time that Mackie has deflected questions about a story concerning the MCU by claiming that he has no clue what’s going on behind the scenes. When reports started to surface about Chris Evans returning to the MCU earlier this year, Mackie told EW that a guy selling him shrimp at the dock while he was fishing was the first to let him know. Whether Mackie is being completely honest or not, he really sells his ignorance well.

Mackie’s knowledge of Marvel’s plans aside, The Falcon and the Winter Soldier didn’t leave any mystery as to who would pick up the mantle from Steve Rogers and take over as Captain America. That said, Mackie doesn’t seem to be letting the pressure of potentially starring in Captain America 4 get to him.

“What would be really bad is if the movie starts and I get blown out of the sky,” he joked.

As for whether or not we can expect any future installments of Captain America and the Winter Soldier (as the final title card read), Mackie says that he hasn’t “heard anything about season 2,” but he doesn’t seem to hear much, so this isn’t especially surprising. He also talked about how rewarding this whole journey has been:

It’s the same people I’ve been working with on these movies for eight years now. So to go from my first day to now becoming Cap with the same people was really special. Everybody shared in it, from the props team to wardrobe, from the camera department to the people in the office. It was really a collective effort.

We don’t know when we’ll see Sam Wilson again, but I have a feeling we won’t have to wait for Captain America 4.