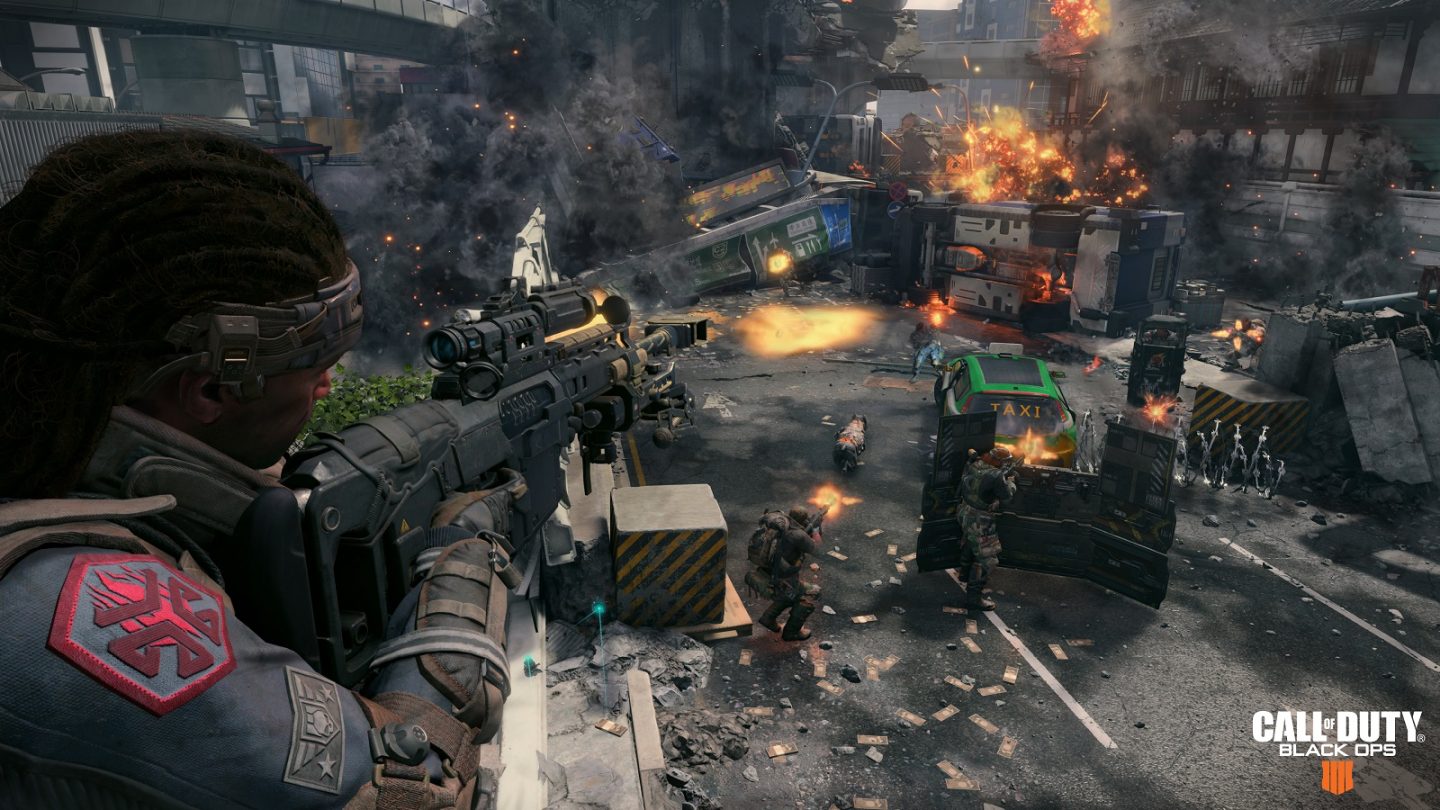 What Call of Duty: Black Ops 4 lacks in single-player content it will more than make up for in multiplayer modes. In addition to the standard competitive modes that have been in every Call of Duty game to date, Black Ops 4 will also feature its own battle royale mode, taking a page from the likes of PUBG and Fortnite. Developer Treyarch revealed Blackout (its take on battle royale) back in May, but we’re getting our first look at it today.

Rather than build a new map from whole cloth, Treyarch opted to pull from some of the most iconic Black Ops maps of all time and stitch them together to create the largest map in Call of Duty history. There will be land, air, and even sea vehicles to commandeer as players fight to be the last standing.

If you’re wondering what all of this will look like in action, wonder no longer, because Activision and Treyarch shared the first gameplay trailer of the battle royale Blackout mode in action on Thursday afternoon:

Call of Duty: Black Ops 4 arrives for PS4, Xbox One, and PC on October 12th, but you won’t have to wait that long to try Blackout yourself. Starting on Monday, September 10th, the Blackout Private Beta will begin exclusively on PS4 for all the players who preordered the game. The beta will then open up for Xbox One players and PC beta early access members on September 14th, with all of the beta tests set to end on September 17th at 10 AM PT.