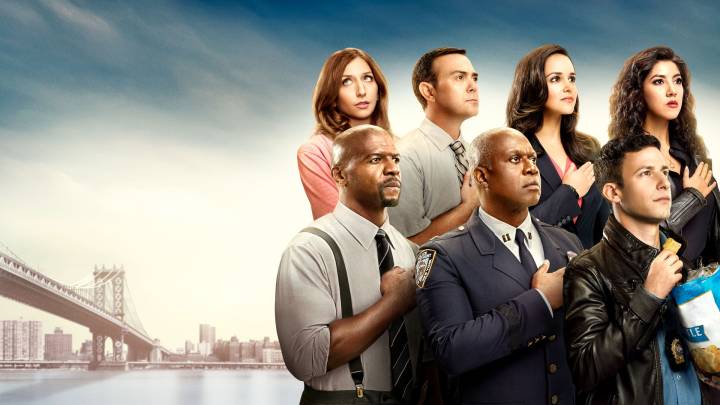 In a disappointing (but not altogether unexpected) move this week, Fox announced that it wouldn’t pick up Brooklyn Nine-Nine for a sixth season. The cop comedy has skated by with average ratings for the past few years, but despite the optimism of the cast and crew, the show has been canceled. Now, the season five finale — which focuses on the wedding of Jake (Andy Samberg) and Amy (Melissa Fumero) — will serve as the series finale as well.

But all hope is not lost, as the outpouring of support (and anger) from fans has shown other networks that there might still be an audience worth chasing after. According to The Hollywood Reporter, Universal Television (which produced Brooklyn Nine-Nine) has already fielded calls from Hulu, Netflix, TBS and NBC regarding the show.

Sources tell THR that Universal Television “has plans to revive the series at another outlet,” with celebrities including Lin-Manuel Miranda and Mark Hamill weighing in on the cancellation on Twitter. The studio wouldn’t comment, but this wouldn’t be the first time that a fan uproar has brought a TV series back from the dead.

As the report notes, Hulu has a history of reviving failed Fox projects, with The Mindy Project moving to the streaming service for its final three seasons after failing to gain traction on network TV. Hulu also currently has an SVOD deal with the show, so the two entities have a relationship of some nature already.

On the other hand, NBC is already home to one Mike Schur comedy: The Good Place. Adding Brooklyn Nine-Nine to its comedy block next year could bring the network closer to the era when 30 Rock, The Office, Parks and Recreation and Community were on the air than it has been in several years.