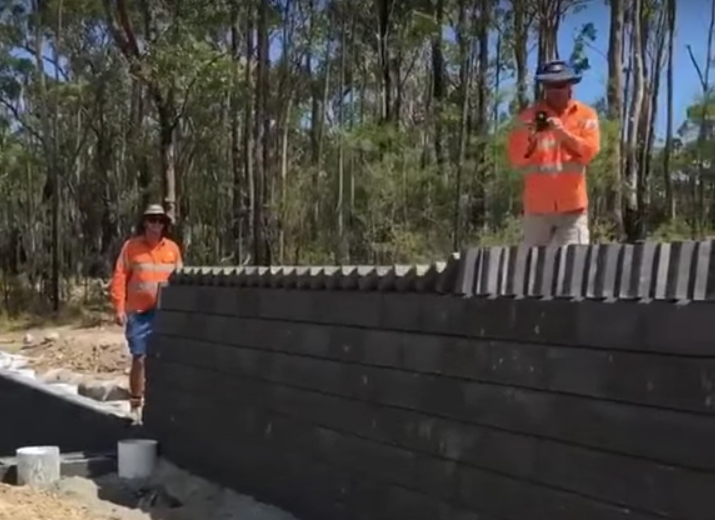 I don’t know much about dominos, and I surely don’t know anything about bricks, but this domino brick setup is simply mesmerizing. Some clever bricklayers in Australia found a clever way to finish up a wall: They arranged the bricks as oversized dominos and then simply kicked one over.

The bricks act just like any other similar dominoes, and soon enough every brick in that line topples over. But once the last one lands, the process somehow continues in reverse all the way to the other end. Before you know it, all the bricks are lined up perfectly atop of the wall.

There are no gaps between them, and they’re not misaligned. They’re sitting horizontally atop the wall just as they would if they’d been placed there by hand.

The creators did not explain this strange domino action. It’s likely that the nature of these particular domino tiles (weight and dimensions) is what causes this particular effect. The last brick lands flat on its surface, generating a secondary, unexpected, chain reaction, as each tile drops flat, rather than resting on the next tile.

The entire video thing was recorded on video, check it out below: