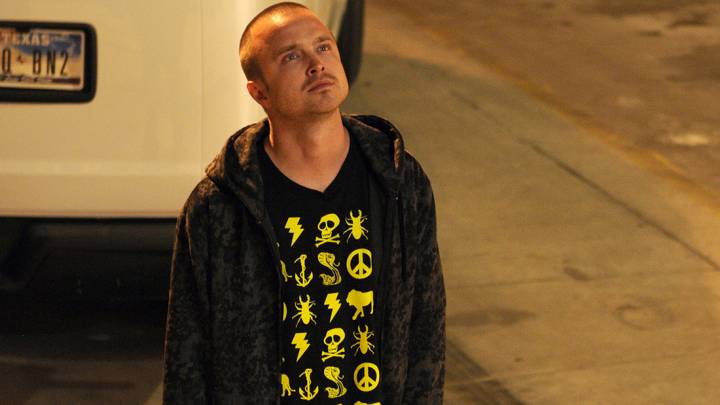 By the time the much-anticipated Breaking Bad movie arrives on Netflix on October 11, it will have been a little more than six years to the day that the incredible AMC series ended back in September 2013.

It’s been so long, in fact, that some fans might even need a refresher before they dive into the new movie, which is called El Camino: A Breaking Bad Movie and is set to finally give fans of the series something they’ve been dying for in the years since its conclusion. Namely, a look at what happened to Aaron Paul’s character Jesse Pinkman after he escaped from the gang of neo-Nazis and finally got a chance at freedom and a new life.

Netflix, which confirmed the existence and release date of the movie over the weekend, hasn’t given much away so far in terms of what it will consist of. From the streamer’s official description: “Fugitive Jesse Pinkman (Aaron Paul) runs from his captors, the law and his past. Written and directed by Breaking Bad creator Vince Gilligan.”

That bare-bones tease about the movie may have inspired Aaron to helpfully offer this refresher prior to fans diving in, come October 11:

It’s a scene from episode seven of Breaking Bad’s third season (titled One Minute) when Jesse rips into Walter for basically ruining his life. “Let me understand this, you’re turning down one and a half million dollars,” Walter says to Jesse at which point – which causes Jesse to angrily interrupt him:

“I am not turning down the money. I am turning down you! You get it? I want nothing to do with you. Ever since I met you, everything I ever cared about is gone, ruined, turned to shit, dead. Ever since I hooked up with the great Heisenberg. I have never been more alone. I have nothing! No one. Alright? And it’s all gone! Get it? No, why would you even care? As long as you get what you want, right?”

In that episode, Walter tries to make Jesse feel better by bringing him in as a partner. That exchange between them both, however, seems to hint at Jesse wanting to move on completely from his life of cooking Blue Sky with Walter and the destruction came with it. We’ll see, in just a little over a month, how successful he is or isn’t at pulling that off.