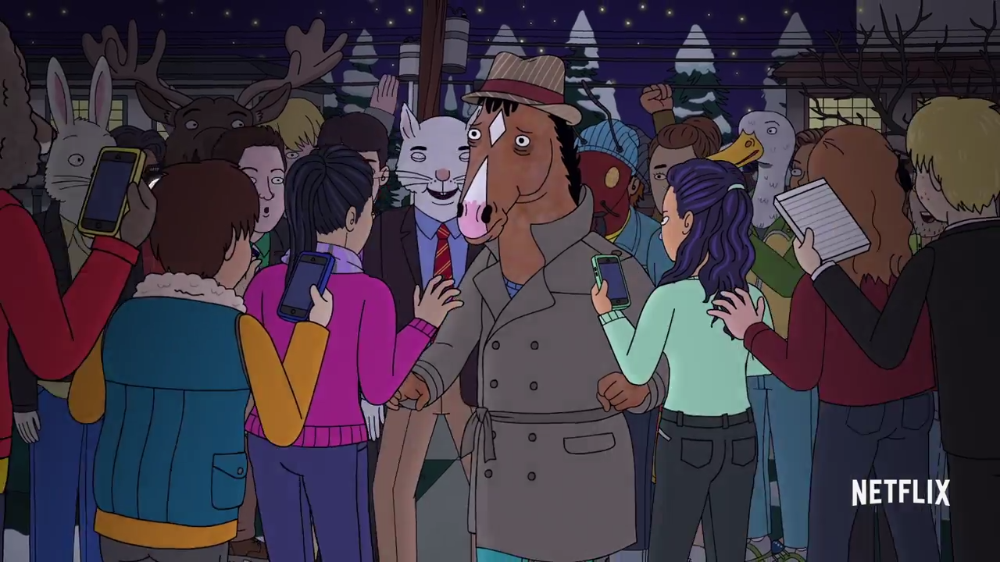 Netflix has more hits than misses, but one of its most surprising hits is BoJack Horseman — a dark comedy about a washed up sitcom star contending with substance abuse, depression and an inability to find work.

Oh, and the main character is a walking, talking horse played by Will Arnett.

I’m still not sure exactly why the show works, or even how, but after finding its legs near the end of the first season, BoJack Horseman has become one of the most fascinating character studies in any medium:

After being introduced as a drug-addled jerk with far too much money in season 1, BoJack slowly but surely became a sympathetic figure as we learned more about his past. Although the show has plenty of laughs (as it should with such a great cast), the drama often overrides the comedy.

In the second season, BoJack finally got the chance to play the role of a lifetime: Secretariat, a race horse who won the Triple Crown in our world, but had an even more exciting life in the anthropomorphic world of BoJack Horseman.

Based on what we see in the trailer, it looks like Secretariat was a hit, and BoJack is once again in the spotlight. Of course, that doesn’t mean that he’s going to be able to cope with the newfound success, so expect plenty more late night drug binges, excessive drinking and refusing to attend his friend’s improv shows.