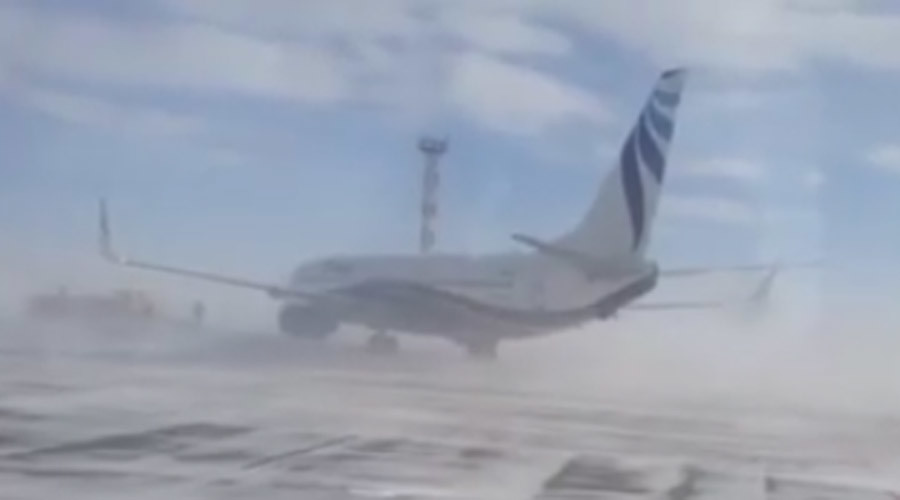 Planes and high winds aren’t the best of friends, especially when the aircraft is grounded. We’ve seen storms lift parked planes off the ground in the past, but that’s nothing compared to what you’re about to see in this video. Hurricane winds in the Siberian city of Norilsk were able to pull a Boeing 737-800 jet along a runway while witnesses recorded the whole thing.

Empty, the airliner weighs some 41.5 tons, RT reports, and as much as 79 tons when fully loaded at takeoff. But the high-speed Siberian winds have no problem moving the plane along the runway.

“The first time I see such a thing. Northern elements are unleashed in earnest,” Kraina Kalinushkina said on Facebook when posting the video embedded below.

The entire event was recorded at the Alykel airport, located west of Norilsk, a region that’s facing some bad weather at the moment. Winds were reaching speeds of 33 meters per second on Wednesday when the video was uploaded, which translates to speeds of up to 120kmh, or about 74mph. RT says that on the same day, a roof fragment was torn from one of the city’s buildings and dropped on a car, killing a 32-year-old woman and injuring three others.