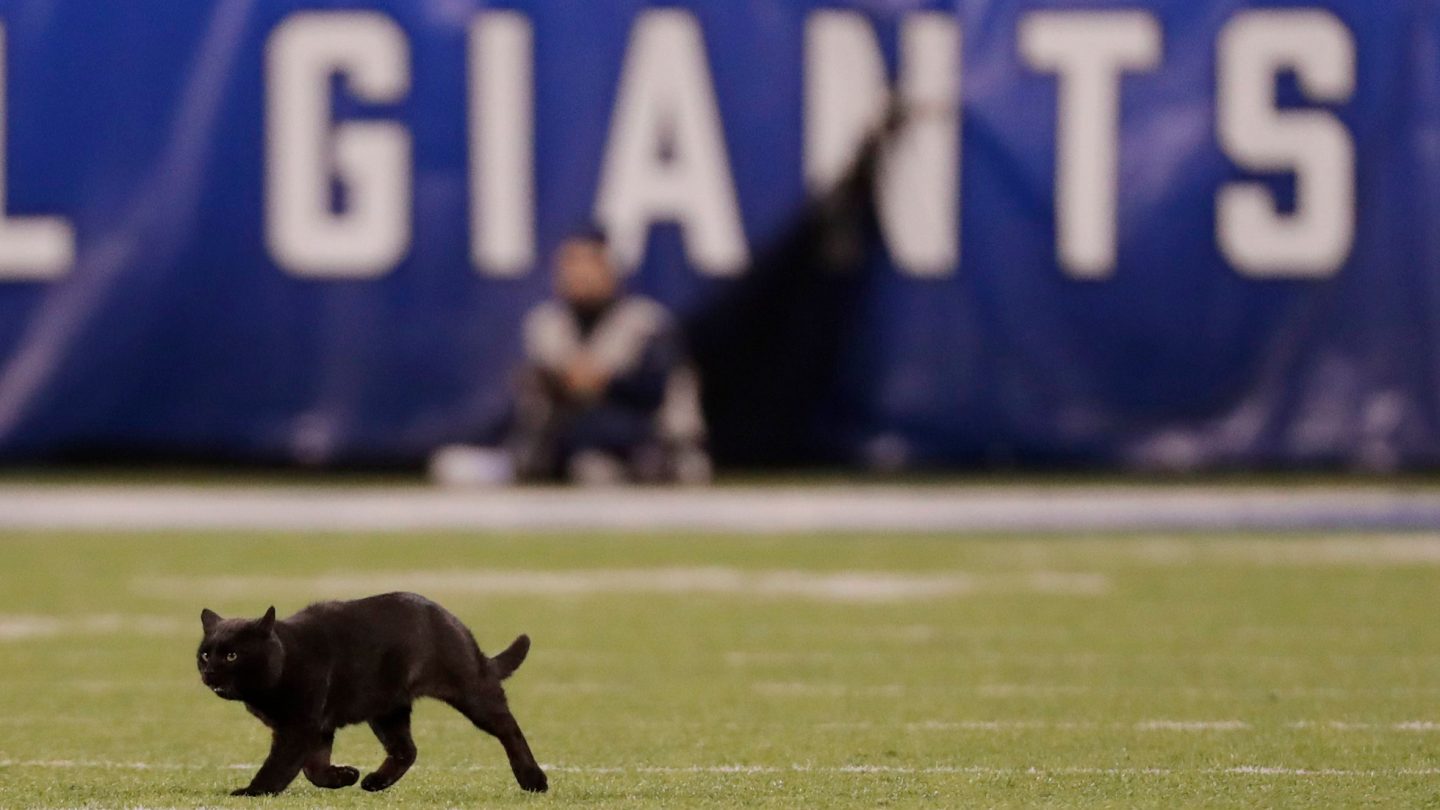 The sports highlight of the year happened during the recent Monday Night Football contest between the Dallas Cowboys and the New York Giants at MetLife Stadium. No (human) players were involved. The star of the show was an as-of-yet unnamed black cat that appeared shortly before halftime.

It’s been a big topic of discussion this week, due in no small part to the curse the cat placed upon the lowly Giants. With a stadium packed with people and an army of security guards on hand, you’d think there’s no way it could avoid capture. You’d be wrong.

The frisky feline clearly has skills as it was able to elude stadium security for some time after appearing on the field. The cat, having found the end zone and satisfying its desire to show the players on the field how to avoid a tackle, disappeared down a tunnel into the bowels of the stadium.

Security personnel were in hot pursuit as the cat vanished from the view of the TV cameras, but updates from MetLife stadium reveal that the cat has yet to be found. In a recent update, the stadium officials note that they attempted to catch the feline using humane traps after they lost track of it, but it hasn’t been seen since.

Unable to locate the animal, the stadium has since enlisted the help of an animal rescue service, but thus far the search has turned up nothing. The update also clears up some earlier reporting that suggested the stadium itself was completely infested with stray cats. However, some cats do live on the premises and are seen around the stadium “from time to time.”

The hope is that the cat can be found and safely captured. If that does indeed happen, the no-kill shelter who is aiding the stadium in their search effort will surely see applications flood in for adoption, assuming the animal is in good health and has an even temperament. That’s not always a sure thing, especially with cats who have lived their entire lives as strays, but we’ll keep our fingers crossed.