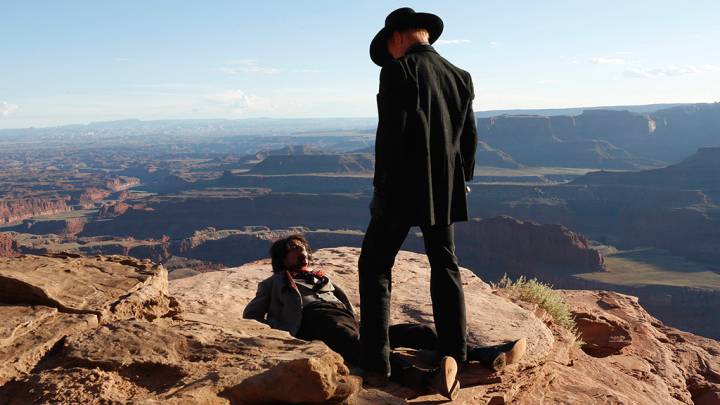 One of the problems, if you can even call it that, with living in the Golden Age of Television is that it’s practically impossible to keep up with the absolute onslaught of quality programming coming from every single direction.

Netflix alone seemingly releases a new original every single week, with the streaming giant boasting that it will release 1,000 hours of original programming in 2017. Netflix aside, HBO remains a relevant player thanks to hit shows like Silicon Valley, Game of Thrones, and Westworld. On top of that, there are also no shortage of high-quality shows coming from outlets like FX, Amazon, AMC, USA and even the major broadcast networks.

With 2017 just around the corner, it’s always fun to take a look back at which TV shows over the past 12 months captured our attention and resonated most strongly with viewers. Of course, trying to make sense of a TV landscape that’s filled to the brim with A+ level programming can be a daunting task.

Lending a helping hand, IMDB recently provided Exstreamist with its list of the top 10 most popular TV shows of 2016 based on pageviews to a show’s individual IMDB page. While admittedly not a strict science, it stands to reason that there’s a strong correlation between visits to IMDB and fan devotion to a particular program and overall popularity.

So without further ado, the list of the top 10 TV shows of 2016 per IDMB reads as follows:

What’s interesting about the entries above is that no single network or video outlet dominated the listings this year. HBO has two entries, Netflix has three entries, and we even see listings from USA Network, AMC, the History channel, and the CW. The larger takeaway here, I think, is that the quality of programming is getting better across all content providers.

While it would have been nice to see The Americans make the list, it’s hard to raise any objections about the list above. Incidentally, an IMDB spokesperson told Exstreamist that this is the fifth year in a row where Game of Thrones was the most popular show page on their site.