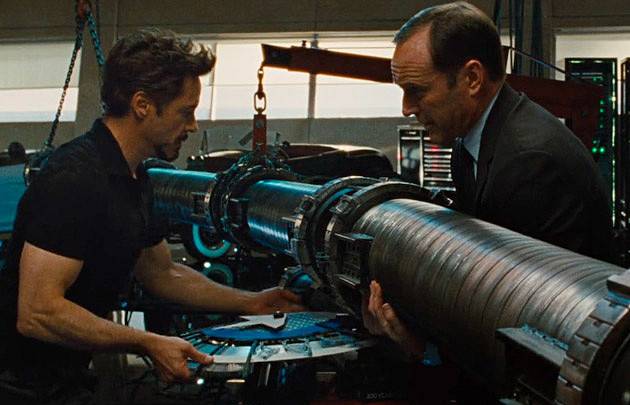 One of the best things about the expansive Marvel Cinematic Universe is that the writers and directors are free to make clever references to comics, TV shows and other movies. Some are painfully obvious, but others require a highly trained eye for detail to pick out, occasionally requiring viewers to pause and take a closer look.

In a recent video, Screen Rant has rounded up ten of the most exciting easter eggs to appear in Marvel’s movies so far, starting with Captain America’s shield.

Long before we (or the studio) knew that the MCU would span over a dozen films, Marvel liked to drop hints of other famous heroes and villains into its movies. For example, Captain America’s vibranium shield can be seen in both Iron Man and Iron Man 2, where it is still in development at Tony Stark’s lab.

Speaking of Iron Man 2, near the end of the movie, Nick Fury is introducing Tony Stark to the concept of the Avengers Initiative. In the background, a map can be seen on a computer screen with several locations circled. One of those locations happens to be Wakanda, which we saw for the first time in Captain America: Civil War. The other appears to be Atlantis, the home of Namor the Sub-Mariner.

Along with these two, there are enough easter eggs in the MCU to fill a book, but you can see the rest of the top ten in the video below: