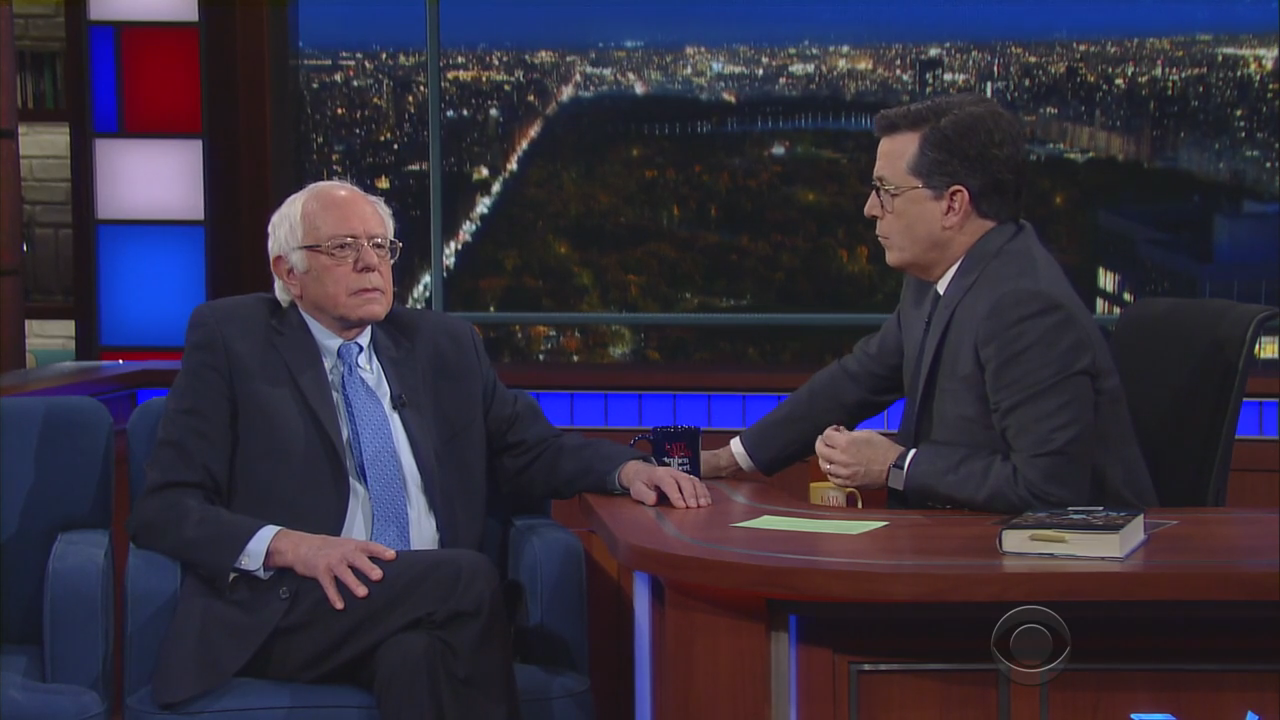 Now that the election is over and Donald Trump has been elected the 45th president of the United States, the Democratic Party has some soul-searching to do. All the polls said that Hillary Clinton was going to win, and most Americans seemingly expected her to win, but Trump rallied his base and came out on top.

So now that they’ve lost, where do Democrats go from here?

DON’T MISS: All the Photoshops of this photo of Donald Trump and Barack Obama are perfect

On Monday night, Vermont Senator Bernie Sanders appeared on The Late Show to discuss the future of American politics with Stephen Colbert.

Sanders starts by performing an autopsy on the Democratic Party, determining that the cause of death (at least for this election) was the party’s inability to reach working-class Americans with its message. Instead, the “liberal elite” (as Bernie calls them) took over the party and steered it in the wrong direction.

If Trump, or those around him, recognize the opportunity that they have with the White House, Senate, House of Representatives and eventually the Supreme Court under their control, they might decide to “change the rules of the game so [that they] don’t lose anymore.” They’ll do away with campaign finance laws altogether and increase voter suppression to make it harder for millions of Americans to vote.

You can see all of Bernie Sanders’ comments below: