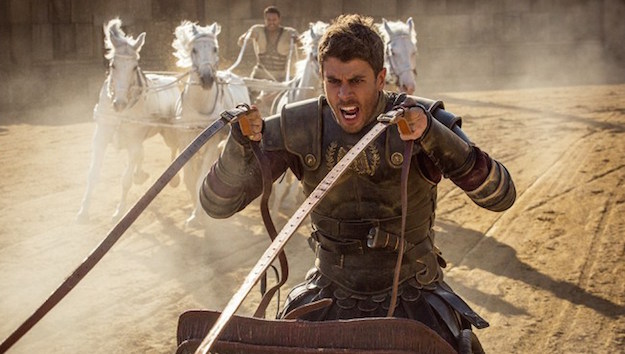 It seems like Hollywood these days is in dire need of some creativity. Indeed, it’s hard to go to a movie theatre these days and not see a movie that’s either a prequel, a sequel, a reboot, or a complete remake of an original masterpiece.

Sometimes, the strategy of remaking or rebooting a film works out exceedingly well. Most notably, we saw this with the Batman reboot from Christopher Nolan that resulted in a trio of excellent films starring Christian Bale as the caped crusader. But more often than not, Hollywood tries to go to the same well far too frequently, often leaving us with subpar films that do nothing but sully the original it’s derived from.

For reasons that defy explanation, Hollywood seems more eager to roll out films with familiar titles than it is with actually delivering a compelling and original viewing experience. In a way, Hollywood keeps on betting that viewers, blinded by nostalgia and curiosity, will mindlessly flock to the theaters even when confronted with subpar films.

This strategy worked brilliantly earlier this summer with Jason Bourne, a lackluster, mindlessly uncreative and generic action film that doesn’t even belong in the Bourne cannon. Despite an avalanche of tepid reviews, the film still did exceedingly well at the box office.

The recent dud that is Ben-Hur, however, may finally be the wake-up call that Hollywood needs. The original Ben-Hur from 1959 is a bonafide classic, winning a record 11 Academy Awards, including Best Picture and Best Director. The recent remake starring Morgan Freeman and Jack Hutson is anything but.

Reviews of the film have been horrid, to say the least. On Rotten Tomatoes, for example, the film has a cumulative rating of just 29%. But more than that, viewers finally decided to vote with their wallets and not plunk down their hard earned cash for a film Hollywood was trying to position as a big Summer must-see. Over the weekend, Ben-Hur opened to a laughable $11.4 million box office. And to put that already paltry number in perspective, the film cost upwards of $100 million to produce.

Paramount reduced its exposure to risk by co-financing Ben-Hur with MGM, but this weekend’s results push Viacom’s studio further into the loser category after earlier this year “Teenage Mutant Ninja Turtles” and “Zoolander” sequels fell flat. “The problem at Paramount is truly shocking,” wrote analyst Michael Nathanson on in anticipation of the film opening on Friday. “Paramount’s profits in FY2016 dropped by nearly $500M in a year with the studio poised to lose over $350M this year. Short of firing the entire Paramount leadership team, there is little a new CEO could do quickly to improve its film pipeline.”

Here’s an idea: how about a movie studio focuses on actually, oh I don’t know, trying to come up with new classics instead of remaking old ones?

The reality is that it’s often best to leave classic films and movie franchises alone. To that end, we thankfully don’t have to worry about the Back to the Future franchise getting a reboot anytime soon as creators Bob Gale and Robert Zemeckis have said that they’ll never agree to such nonsense.

Unfortunately, the same can’t be said for the Die Hard series.

While nothing is set in stone just yet, a few months ago word broke that 20th Century Fox was in discussions with Live Free or Die Hard director Len Wiseman to direct the sixth! installment of the ever expanding Die Hard series.

Now seeing as how Bruce Willis is getting up there in age, and because the most recent two films in the franchise were horrendous, the next Die Hard film is likely to be something of a prequel or origins story that may be called Die Hard: Year One.

Are we so bereft of ideas that we need yet another reboot? The last two Die Hard movies were embarrassments that only served to dilute the series as a whole. To say that critics and audiences alike hated the last installment would be a gross understatement. On Rotten Tomatoes, A Good Day To Die Hard has just a 14% ranking.

Now if I may rant for a hot second, the John McClane character played by Bruce Willis is wholly undeserving of an origins story because it cuts against the underlying theme of the original film’s premise — namely that McClane is an ordinary guy who by pure happenstance finds himself forced to fight and survive in extraordinarily dangerous situation.

We haven’t heard any new rumblings about this Die Hard prequel lately, but the broader point is that it’s time for Hollywood to start delivering some fresh ideas. Put simply, not every franchise or movie warrants a reboot or a continuation.