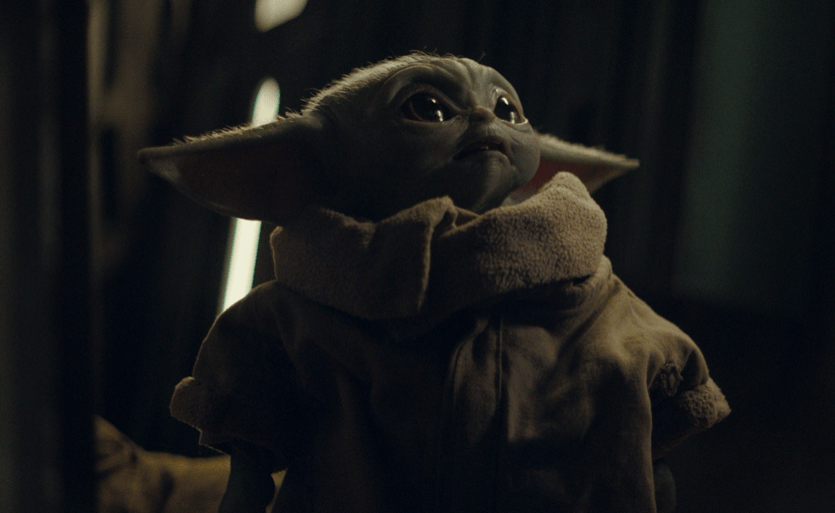 Pretty much all of us were in the same boat in the final moments of the first episode of the now-massively successful Disney+ series The Mandalorian. We had no idea what the bounty hunter had been searching for, nor what “The Client” wanted Mando to procure so badly. Eventually, it’s in … there, he’s told. He and a droid fight their way inside the building, winning a pretty epic Wild West-style gunfight. Mando approaches a small pod in the back corner of the room. Is that a crib? Wait.

The decision to keep the existence of “Baby Yoda” a complete and total surprise until the exact moment of the big reveal, with showrunner Jon Favreau also somehow successful in cajoling to keep the adorable little guy out of the show’s advance marketing, proved to be the right decision. One outlet has hilariously referred to him as a cute little “meme child,” something anyone who’s been on Twitter anytime in the past month will understand. Meantime, The Hollywood Reporter on Thursday revealed a fascinating tidbit within a deep dive into the character about how quickly it’s become a icon — the tidbit being just whose idea it was to keep the whole thing a surprise in the first place.

Answer: It was Donald Glover’s idea.

Glover, you’ll recall, previously worked with Favreau via lending his voice to the latter’s recent remake of The Lion King. Glover is the one who lamented to Favreau that, basically, there’s not a lot of surprise in the world anymore. “We were talking about music and pop culture and he was saying that what people really like now is to be surprised, because it doesn’t happen that much,” Favreau told the magazine. “When Beyonce did an album, she would just put it online and everybody would react to it. Just putting it out there spurred a conversation that would become more viral and bring more genuine attention than any marketing.”

So, okay. What this means is — not only is Glover able to excel with ease at basically everything he touches from TV to music, and movies. Now, he’s sprinkling his golden touch onto other people’s work, as well. And he did it by offering Beyonce as supporting evidence, to boot.

It’s not a stretch at all to argue that the rollout of The Mandalorian would have been far different had been allowed to beat the Baby Yoda drum early and often, turning it into a marketing image that was shared and shared to death in advance of the show’s debut. Thanks Donald!

Baby Yoda Disney Plus The Mandalorian