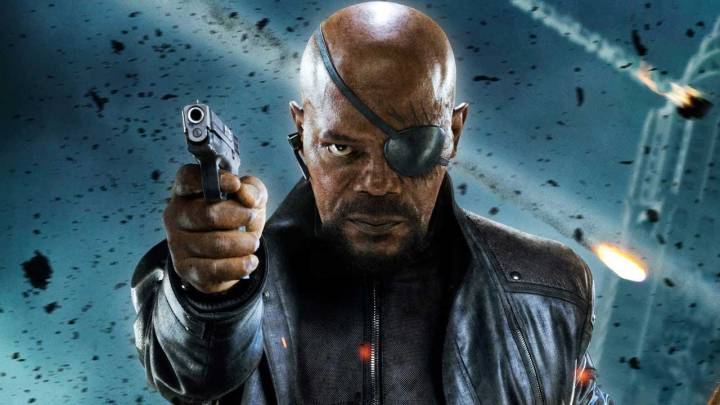 The Marvel Cinematic Universe is so huge and interconnected that fans will inevitably find various discrepancies that need to be dealt with. One of them is a rather large Star Wars paradox that came about in the first Spider-Man film, and was further cemented by Avengers: Infinity War. The movies that followed including Endgame and Far From Home did not do anything to address the matter on-screen, so naturally, it was up to Marvel to fix the situation outside of its films.

We’ve explained the paradox in great detail earlier this year. The gist of it is pretty simple: Super-spy Nick Fury looks a lot like Samuel L. Jackson, who plays Mace Windu in Star Wars.

We know from Homecoming that Star Wars is a big deal in the MCU, while Infinity War tells us that young Peter Parker is a huge movie buff. So he’d be among the first people to notice the uncanny resemblance. However, both Parker and Fury are dead for most of Endgame, and their first real meeting happens in Far From Home. Of course, there’s no talk about the fact that Fury is a Jackson doppelgänger in the movie.

Weak though it may be, that’s the official explanation for the entire thing. Fury and Jackson are two different people who look like they’re the same person. In an interview with the official Star Wars channel, Joe and Anthony Russo addressed the matter, saying that “Nick Fury happens to look a lot like Mace Windu.” That’s all there is to it.

The Russos might not be Marvel execs, but they did work on four of the most important MCU films, including the last two Captain America episodes, one of which introduced Spider-Man, and Avengers 3 and 4, in which Spider-Man plays a huge role. They’re in a great position to address anything about the MCU, given that their two Avengers adventures combine everything that happened in the MCU so far into two spectacular adventures. Details like the Star Wars paradox aren’t secrets to them.

That said, it would sure be fun to see someone try to tell Fury he looks like Jackson only for the audience to find out he hates that detail about as much as he hates people calling him Nick. Maybe Deadpool?

The Fury/Windu paradox isn’t the only such problem for Marvel. Remember Talos? Well, the human form that Talos took on Earth looks a lot like Ben Mendelsohn, the actor who plays Krennic in Rogue One, but that’s a minor thing. The biggest paradox so far concerns Stan Lee, who plays himself in Captain Marvel. That’s something Marvel execs have yet to address.