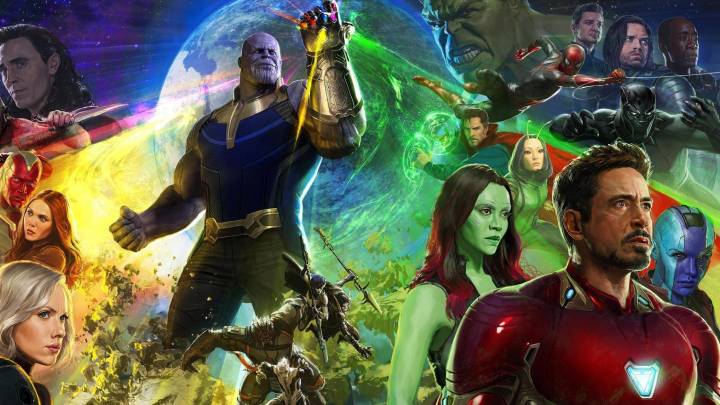 After 20 movies in the Marvel Cinematic Universe, some fans may be right to ask themselves why Thanos waited so long to mount the powerful attack on the universe that we’ve just witnessed. After all, Avengers: Infinity War showed us how formidable an adversary Thanos really is, especially after he’s able to add more and more stones to that terrifying gauntlet of his. So why not pursue his dream to kill half of the beings in the known universe with a simple snap earlier than that? There’s a new theory that attempts to explain it.

We know that Thanos has wanted to kill half of all life for a long time. Just take a look at the flashback where we’re told how he met Gamora. Before learning about the Infinity Stones, he did it himself with his army one planet at a time.

And we all know that Thanos’ attacks on Earth started with Loki back in the first Avengers movie, and that attack failed. He didn’t just disappear then and there, as he kept searching for the Stones. What Infinity War also tells us is that it has become relatively easy for him to locate the Stones, with the Mind Stone being the most difficult one to track — but, then again, Thanos knew how to get that one as well.

Instagram user dc.marvel.jpg posted the image below, which contains the entire theory:

. Your thoughts? Maybe or False?

According to the fan, Thanos feared that Odin, Ego, and The Ancient One would have stopped him had he gone forward with the plan to make and use the Infinity Gauntlet. These are the predecessors to current-day Avengers, their parents if you will — well, two out of three because The Ancient One isn’t related by blood to Doctor Strange. But they’re all powerful enough to take on Thanos and his armies.

Odin seems to be the most powerful of all, having kept peace in the universe for years. It’s ComicBook that reminds us of a statement made by MCU producer Brad Winderbaum before Ragnarok came out:

[When] we left Loki, he kind of achieved his goals, he became the king of Asgard, and he is ruling that place. And what we come to learn, what Thor comes to learn early on, is that there’s a lot of terrible things in the cosmos that just shouldn’t be that way. And we learn that Odin was doing far more than it seemed on the surface to keep the universe safe.

There were all these threats that he had quelled or was keeping at bay, using his strength and power to do so, that Loki was completely unprepared for. So he becomes the King of Asgard, everything is great, it’s a good party. But he failed to realize the threats that were just over the horizon.

Maybe Odin’s death and Loki’s inability to replace his adoptive father is what allowed Thanos to manufacture that gauntlet. Let’s not forget that Thanos didn’t just need the Stones. He also required the means to weaponize them. And it’s unlikely that, with Odin alive, he could have forced that huge dwarf to make the Infinity Gauntlet as easily.

Moving on, The Ancient One had a lot more experience than Doctor Strange and may have also wielded her power to stop the villain in his tracks. On top of that, she never saw past her death so she never could have learned what kind of threat Thanos would turn out to be.

Ego, Star-Lord’s dad, is also an interesting villain with incredible abilities who could have faced Thanos. But his desire to crush worlds isn’t similar to Thanos’ fight. Ego just wants everything for himself, so he’d probably oppose Thanos. Thanos, meanwhile, wants a balance between living souls and available resources and thinks only death can achieve that.

This is just speculation at this point, of course. But it’s interesting to note that no matter when Thanos would have attacked, he’d have fought an Asgardian, a Celestial being, and a magician — okay, Star-Lord doesn’t have celestial powers, but it’s not like he needs them.

As it stands now, two of the three have turned to dust. Star-Lord and Doctor Strange died on Titan, while Thor turned the tide in the battle in Wakanda and almost killed Thanos himself. However, the Titan managed to get the Stones, snap his fingers, and leave, which means Thor and the original Avengers will have to face him again in Avengers 4.