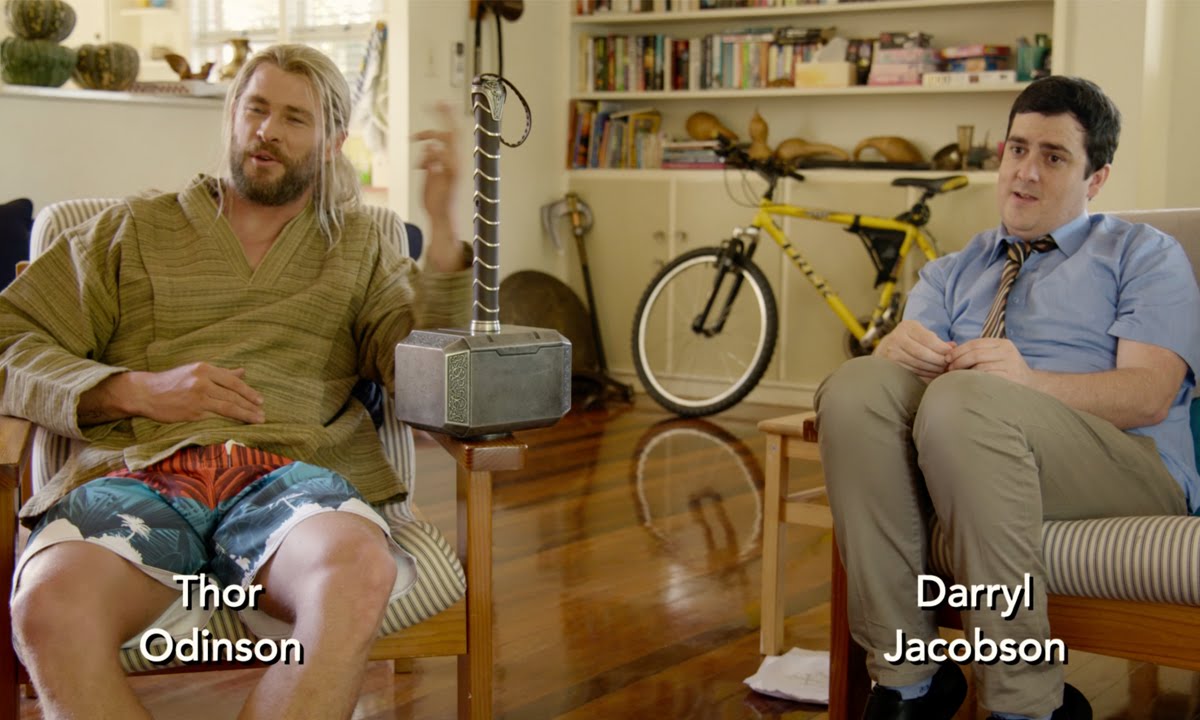 Ever since Avengers: Infinity War hit theaters in April, Marvel fans have been discussing the long-term consequences of the movie. Are some of our favorite heroes gone for good? Will the remaining Avengers go back in time to restore the universe to its former state? Where were Ant-Man and Hawkeye for all of this?

We’ll have to wait until next year for answers to those questions, but earlier this week, we did get some good news that might help to tide us over until Avengers 4 comes out next May. On Monday, in celebration of Thor’s birthday, the god of thunder’s old roommate Darryl took to Twitter to let all of us know that he did survive the events of Infinity War. Sadly, many of his coworkers did not, so he’s got a lot of extra work to do.

If you don’t remember Darryl Jacobson, he was introduced in the Team Thor shorts that took place between Captain America: Civil War and Thor: Ragnarok. Thor and Darryl ended up living together for a short time in Australia while the Asgardian figured some things out, but Thor eventually went back to saving the world.

Once Thor left, Darryl moved to Los Angeles, where he posted a Craigslist ad for a new roommate and ended up getting paired up with the Grandmaster, who you might remember from Thor: Ragnarok as the ruler of Sakaar. As bad of a roommate as Thor was, he was a dream compared to the evil Grandmaster, and the situation looked rather grim for Darryl at the end of the latest short. But it appears that his life is just as dull as ever.