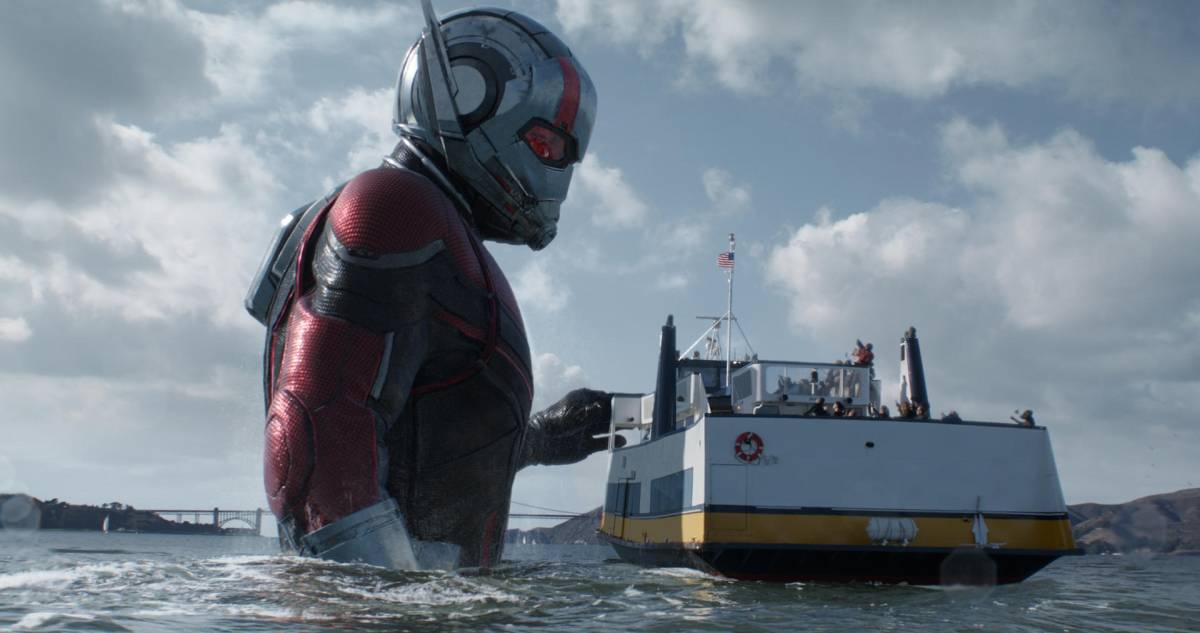 With each day that brings us closer to the Avengers: Endgame premiere, we get more and more theories that look to explain what will happen in the movie that will conclude Phase 3 of Marvel’s Cinematic Universe and set the stage for the upcoming new phase. Not all of them make perfect sense, no matter how amazing they might sound. The following theory is a great example, and it attempts to explain one of the huge mysteries following the events in Infinity War. There are a few reasons that we shouldn’t get too excited about it, despite how brilliant it is thanks to its involvement of a fan-favorite supporting character from the MCU.

The first Endgame trailer came out a few weeks ago, showing us what happened after the battles on Titan and in Wakanda. We got to see several of the surviving characters, as well as some of the characters who did not even appear in Infinity War. The trailer introduced Hawkeye as Ronin, confirming that Jeremy Renner is back in this new Avengers movie. It also gave us a look at Ant-Man in the Avengers franchise, a first for a character that appeared so far only in the two Ant-Man movies and Captain America: Civil War.

Scott Lang is one of the stars of the first trailer, as Marvel just told the world that he will exit the Quantum Realm and reach out to the Avengers in the aftermath of the catastrophic snap that wiped out half of the living creatures in the universe. We’ve always suspected that Lang, who went into the Quantum Realm just as Thanos was about to snap his fingers, would play a crucial part in Endgame. Now Marvel has confirmed as much.

But who saved Lang? Who extracted Ant-Man from the Quantum Realm? After all, the Pym/van Dyne family was turned to dust so none of them could bring Lang home. That’s something the trailer didn’t answer, although we did see Lang park a certain van outside the Avengers compound.

All theories are a lie, in fact Luis will look for the ant man on the terrace, he will take orders from Scott from within the quantum realm, and after a while get him out of there. After that, Luis will tell the story of the state of Thanos in that special way. from marvelstudios

A theory posted on Reddit a few days ago suggests that it’s Luis who’s going to look for Ant-Man and bring him out from the Quantum Realm, after following his instructions over the radio.

Michael Peña refrained from confirming whether his Ant-Man character Luis survived the snap. “Nah dude, I can’t tell you anything man,” he said in an interview last summer. “You just don’t know.” The actor isn’t even credited for Endgame at this point. If the theory is correct, however, then Marvel may not want to reveal Peña’s involvement so as not to  spoil Ant-Man’s rescue.

Luis is a prime suspect for saving Lang. He’d witness the effects of Thanos’s snap while watching coverage on TV about the events in New York and Wakanda. And he’d know Ant-Man and the gang are using his van to collect particles from the Quantum Real to keep healing Ghost. Undoubtedly, he’d want to reach Ant-Man as soon as possible in light of the new crisis.

There would be a brilliant reason to have Luis save Ant-Man rather than anyone else. Luis has a “superpower” of his own: he tells stories like none other. And Marvel could use Luis’s skills to bring Lang up to date while providing some quick comic relief.

Then again, Endgame is already expected to be three hours long, and maybe giving Luis two or three minutes to rant about Thanos would be too much. Not to mention that Ant-Man could save himself, or someone else could bring him out of the Quantum Realm, say one of the remaining heroes. Doctor Strange could have traveled to the Realm before he died to tell him what went down. Captain Marvel might somehow save Ant-Man — after all, we still have no idea how Marvel will introduce Carol Danvers in Endgame.

In other words, there may be more meaningful ways to rescue Ant-Man than having Luis do it. Let’s also not forget that Marvel’s trailers are supposed to be misleading. Just because Lang drove that van to meet the Avengers doesn’t mean Luis saved him — or even that Luis survived the snap. That van still has a powerful portable device that can transport people to a place where you can find time vortexes. That’s why Lang would want to bring it to the Avengers, where smart people like Stark and Banner could put it to good use to modify the past.

That said, I’ll leave you with the following clips from Ant-Man movies that show Luis’s hilarious story-telling superpower, which is the only reason I’d like this new fan theory to come true.