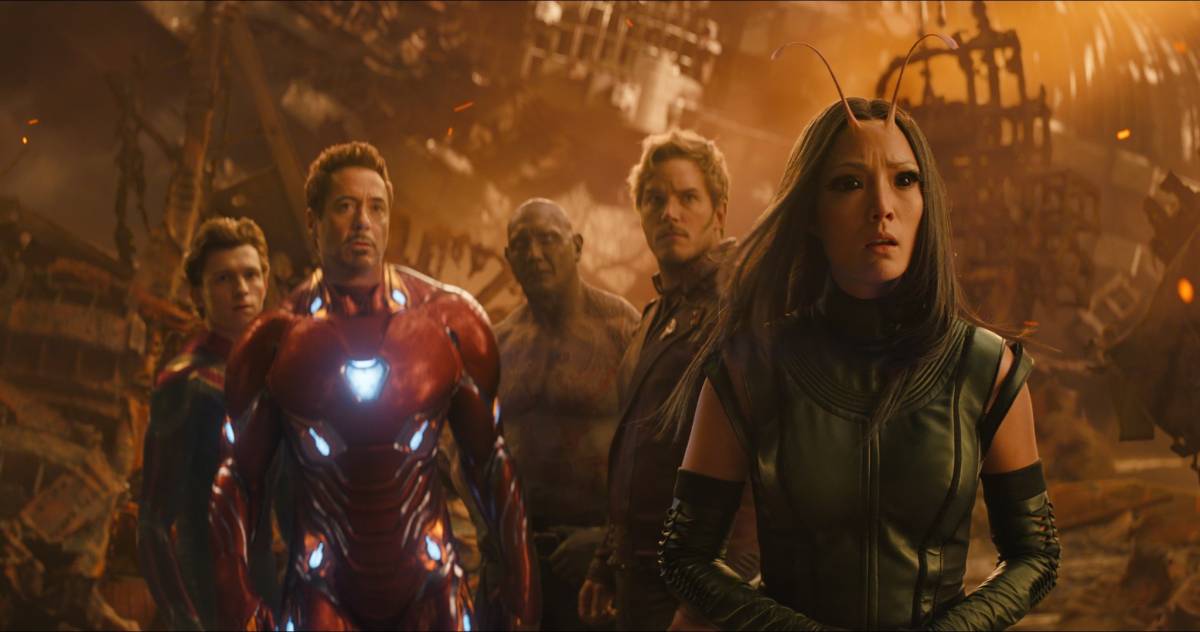 Marvel has plenty of heroes, all featuring special qualities and powers that can be used for good and evil. And plenty of them are already worthy members of the Avengers team, or are about to join the team of heroes that’s in charge of Earth’s defense. But just because we have so many heroes doesn’t mean they’re all-knowing. Some of them might not have any idea who the other Avengers are. Similarly, the Avengers don’t always know whether new people with superpowers are good or bad. That’s why the following fan theory might actually come true when Avengers: Endgame premieres this April.

Reddit user AdrammelechAeshma posted a collage of images showing us various battles from Avengers movies, wondering what Avenger vs. Avenger battle we’re about to witness in Avengers 4.

There is always an Avenger vs. Avenger fight, I wonder what it will be in Endgame. from marvelstudios

Marvel fans are already familiar with the Iron Man and Captain America confrontation with Thor from the first The Avengers movie. Similarly, in Age of Ultron, we had Tony Stark wearing that massive Hulkbuster suit to fight against a confused Hulk. Then, in Avengers 4, we had a bunch of Avengers, including Iron Man, Doctor Strange, and Spider-Man, going up against the Guardians on Titan.

We’ve got two types of fights here. Avengers will fight against anyone strong enough to pose a threat to Earth, even if they ultimately end up being friends. Or we have Avengers fighting each other as part of a secondary plot. What’s clear, however, is that Avengers films always bring us epic fights between Avengers. And we’re not even counting anything that happened in Captain America: Civil War, because that was just politics at play and those events did not take place in an Avengers movie.

Let’s check out those fights again:

Looking at the Reddit post above, Inverse suggested that it’s Captain Marvel that’s about to get into a fight as she’s introduced to the Avengers.

Think about it, for all we know, nobody but Nick Fury is aware that Captain Marvel is coming to Earth to help save the day. That’s because Fury paged her right before he died himself in Infinity War, in the post-credits scenes from that movie. Also, he never addressed her existence in any MCU movie to date, and Fury appeared in quite a few of them. It’s unclear why he’s never mentioned her, and Captain Marvel will further enlighten us on the relationship between Captain Marvel and Fury. But none of the current heroes seem to know about Captain Marvel. Or else, they’d have tried to reach her before.

Moreover, given what we have just witnessed in Infinity War, the remaining heroes are on edge right now, likely ready to go to battle on a whim. So whenever Captain Marvel appears on Earth, they might try to shoot first and ask questions later. Of course, little do they know what’s coming to them.

Who’s going to fight Captain Marvel? If you look at the list of confrontations above, you’ll notice one common element in there: Iron Man. But Tony Stark is stranded in space. He’s got no food and water, and he’s almost out of air. He’s been severely wounded on Titan, both physically and mentally, and his organs should be failing soon. So it’s not like he’s capable of putting up any fight — the Iron Man suit he wore in Infinity War is significantly damaged as well. Stark needs rescuing, and he needs it badly. That’s where Captain Marvel might come in handy.

But then, when she will appear on a planet Earth that’s still reeling after Thanos’ snap, she may have to fight some of the remaining heroes. Captain America and Thor seem like appropriate opponents for her. Of course, we’re just speculating at this point, as we have no idea how Captain Marvel will be introduced to the rest of the Avengers. Captain Marvel and Avengers: Endgame launch on March 8th and April 26th, respectively.

Tweet
A new ‘Captain Marvel’ clip, and all the other movie trailers you need to watch this week