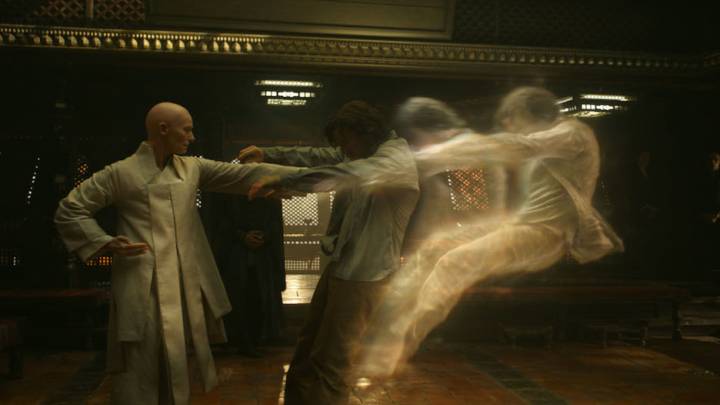 With each day that gets us closer to Avengers 4, we receive more evidence that the Avengers deaths that we witnessed at the end of Infinity War and Ant-Man and the Wasp are not final. And with more than nine months to go until the untitled Infinity War sequel hits cinemas, we’ll probably get even more proof that Avengers 4 will bring most of them back.

All this evidence comes directly from Marvel execs, Avengers cast, and existing movies. Because of the vastness of the Marvel Cinematic Universe, everything the cast and crew have said over the years can be scrutinized for clues about what’s going to happen in the next film. For example, an old Infinity War promo interview with Spider-Man and Doctor Strange actors revealed that Doctor Strange couldn’t really die at the end of Infinity War. Their comments meant nothing at the time, but they’re highly relevant now that Ant-Man and the Wasp is out.

And now we have one more piece of evidence that tells us that, of all the characters who perished when Thanos snapped his fingers, Doctor Strange is the least likely to have died.

It’s becoming clearer and clearer that Doctor Strange is one of the most essential assets in defeating Thanos. Think about it: Doctor Strange saw the future and discovered one version of events in more than 14 million with the Avengers prevailing over the new villain. He probably intentionally allowed Star-Lord to ruin what appeared to be an solid plan, which was to remove the gauntlet from Thanos, because he might have known it was necessary.

He saved Iron Man fully knowing that Tony Stark is also detrimental to undoing what was about to happen, and told him that we’re in the endgame now, a clear suggestion that we might be living in the one future where Thanos does not win. Oh, and thanks to Ant-Man 2, we now know that everything Doctor Strange did before the snap was carefully timed to make sure that Scott Lang gets trapped in the Quantum Realm.

With all that in mind, let me present you a new Avengers 4 theory off of Reddit, which brings a crucial detail about Doctor Strange to our attention. As long as the magician can see the future beyond his death, he does not die.

Here’s the theory, as posted by LordoftheDeadEnd (emphasis and links are ours):

His body is, but before the Snapture he went into the Astral Plane…..

The ancient one said she couldn’t see beyond her death… If Strange dies, he can’t see the ending in the 14.2 million scenarios he saw…

In his movie, he was still in his astral form when his body died temporarily while he was fighting one of Kaecilius’s henchmen… That means he can EXIST apart from his physical form.

During an interview with Tom Holland and Benedict Cumberbatch, Holland causally mentioned that Cumberbatch dealt with the quantum realm in Avengers 4.

Dr. Strange reportedly has a long scene in Avengers 4 that consumed 30% of the movie’s budget.

Theory: Strange is in his astral form and rescues Ant-Man from the Quantum Realm and uses him to drive the movie acting like a disembodied Ben Kenobi.

I posted the entire thing but bolded what’s important for the point I’m trying to make, that Infinity War deaths are not final, regardless of whether this fan theory nails the plot or not.

As you can see, she’s played numerous versions of the same events, and they all lead to her death. She might just as well have told Doctor Strange that she has seen over 14 million versions of that present, and she couldn’t see past her death in any of them.

So when Doctor Strange tells everyone there’s one version where they win, he practically tells us, the audience, that he saw the future beyond his apparent death in Infinity War. Presumably, all those 14 million battles with Thanos end similarly, with half the world’s population dying. In many cases, Doctor Strange may be among the dead, or he may be in a situation where he lacks the resources (other Avengers) to rewrite history. Either way, it’s just one version of the future where he sees them win. That means he doesn’t die at the snap. Because we’re in the endgame now.

His body may be ashes, but Doctor Strange isn’t dead. Which means all the other deaths aren’t final either.