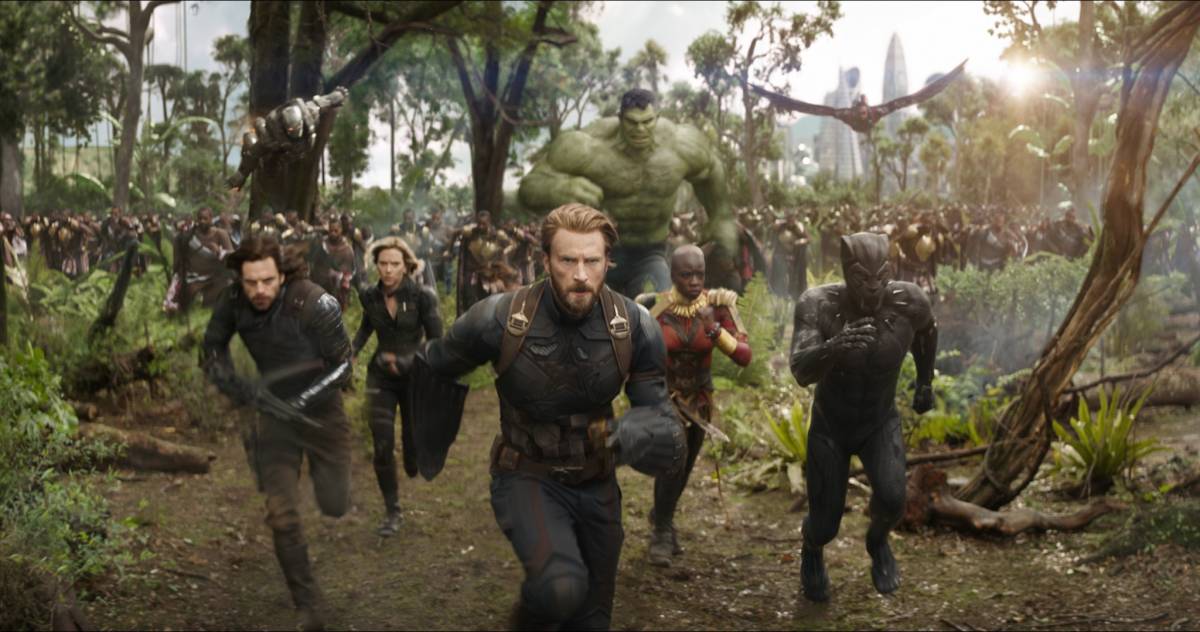 If you happen to get your hands on the Infinity War concept art book now that you’ve seen the movie, you’ll notice a different ending compared to what Marvel ended up going with. Interestingly, however, this alternative ending might actually foreshadow certain events from the upcoming Avengers 4 film.

As you can see in the image below, the concept art shows you what looks like the final confrontation between the Avengers and Thanos.

The scene ends with Thor’s brand new weapon smashing the titan’s chest, but that’s not the detail we care about. In these images, we see Hulk, a hero who had performance issues for much of Infinity War. Hulk is holding one of Thanos’ arms, while Captain America is holding the other, just as Thor tries to kill him. That’s not to say Thanos would have lost the fight with Hulk in the picture. It just that the concept art shows a fight that looks a lot like what we saw on Titan, but with Hulk in it.

Ultimately, I think the final Infinity War battle is a lot better than the one in the art book above, precisely because there’s no Hulk in it. After the beating he received early in Infinity War, Hulk refused to show up for the Wakanda battle, making the internal Hulk vs. Bruce Banner conflict something to look forward to in Avengers 4. We might finally see Banner tame the beast for the first time in more than 20 films, and it would be a massive advantage for the Avengers.

What’s interesting about the concept art above is that Hulk appeared in Wakanda battle scenes during the various Infinity War trailers that Marvel released ahead of the premiere. We later learned that was all misdirection.

Is the concept art also supposed to be misdirection? Or is it foreshadowing a fight we also expect in Avengers 4? Hulk may have been defeated in round one, but he probably wants to have another go at Thanos, especially if he and Banner can finally figure out a way to work together.

This isn’t the first time we’ve heard about alternate endings for Infinity War. Marvel execs toyed with the idea of having Thanos snap his fingers at the beginning of Avengers 4, which would have totally ruined the Infinity War climax.

The Infinity War concept art is already out, while Avengers 4 is set to hit theaters in early May next year.