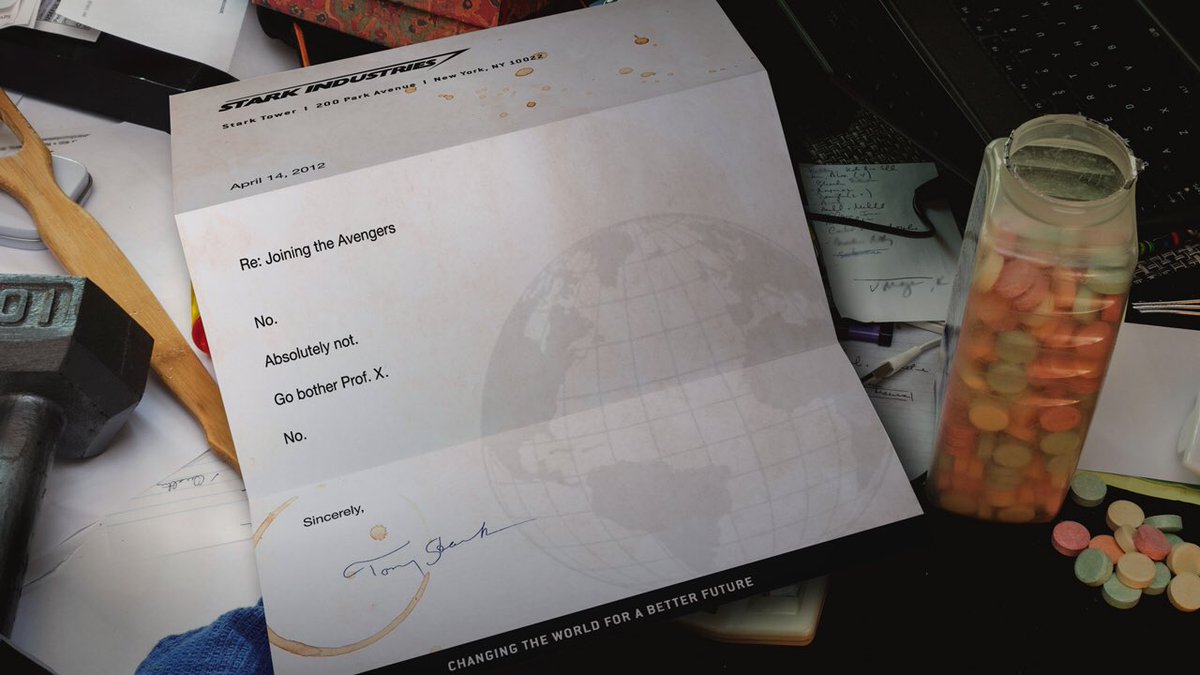 Avengers 4 will surely undo the snap, I am convinced of that, and many characters will come back to life — maybe even all of them. But I do believe that some of our beloved heroes will die for real in Avengers 4, making the kind of sacrifices that are needed and paying the price to fix the world. Iron Man and Captain America are the most likely characters to perform some kind of heroics during the movie. I kept telling you that one of them, or both will likely die. But I now sort of look forward to both of them surviving the upcoming adventures. That’s because there’s one huge reason to be excited about Tony Stark and Steve Rogers cameos in future Avengers flicks.

Imagine future Avengers scenes where you’d have Stark, Rogers, Strange, and Wade Wilson in the same room. Add Star-Lord and Spider-Man in and mix it up. All of a sudden, Wilson turns to the camera, mocking everyone in the room. “Who are you talking to?” is the line I want to hear Stark say. And that’s a question others could easily ask him every single time he does it.

That’s right, Deadpool is soon coming to Marvel and Disney, thanks to that Fox acquisition, at which point he might be fair game for the Marvel Cinematic Universe movies. Deadpool did mock the Avengers just earlier this year during those hilarious promo stunts for Deadpool 2. The image above shows a rejection letter from Stark’s Avengers, which is even funnier now.

Nothing is official just yet, and there’s no telling when or where the Merc With a Mouth might pop up in the MCU. But it just so happens that Deadpool creator Rob Liefeld is convinced that Ryan Reynolds will have a long career ahead of him with Marvel. Here’s what he said during a panel at the Wizard World Comic Con in Austin, per MovieWeb:

This is my theory, my opinion. Did you guys see when Josh (Brolin) came out at D23? They introduced him as Thanos. He came out, and he looked like Cable and the internet blew up. ‘Josh Brolin as Cable just came out on stage!’ That was my entire Twitter feed. And you saw Josh, looking like Cable and he even had a cut across his eye because they were filming Deadpool at the time, and I was like, ‘Oh look. Cable is on screen promoting Thanos.’ And that was the first time they blended together on screen. Imagine whatever function that they bring out everybody, [Robert] Downey Jr., [Chris] Evans, all of the people you’ve already seen, [Chris] Pratt. And then Ryan Reynolds walks on stage. I think the world will explode because that’s all people want, is for him to take the piss out of everybody. And here’s the thing, my only fear is that they’re never gonna make another Deadpool. They’re just gonna run around Marvel movies making fun of everybody.

Yes, there might be little reason to make a standalone Deadpool 3 film. But seeing Deadpool in the same room with many of the other Avengers is going to be priceless. Liefeld seems to think so too.

Ryan is going to have a long and glorious career in the Marvel universe. And I hope Spider-Man is somehow there, I know that’s a Sony thing, but I just think, once he’s sitting there with Downey Jr., and Chris Evans or Chris Pratt, myself? I won’t know what to do with myself.

Will allow Wilson’s mouth into the MCU? Bob Iger seemed to be opened to the idea, saying during a recent interview with The Hollywood Reporter that it’s pretty much up to Marvel’s Kevin Feige.

Kevin [Feige]’s got a lot of ideas. I’m not suggesting that’s one of them. But who knows?

Before that happens, there are many things to fix about the two Marvel worlds, but Iger said that Feige will be in charge of everything.

I think it only makes sense. I want to be careful here because of what’s been communicated to the Fox folks, but I think they know. It only makes sense for Marvel to be supervised by one entity. There shouldn’t be two Marvels.

And if Marvel does blend the different Marvel universes into a single entity, you know who’s going to be really missed? Hugh Jackman’s Wolverine. I’d love to see Wolverine in that hypothetical conversation I mentioned before.