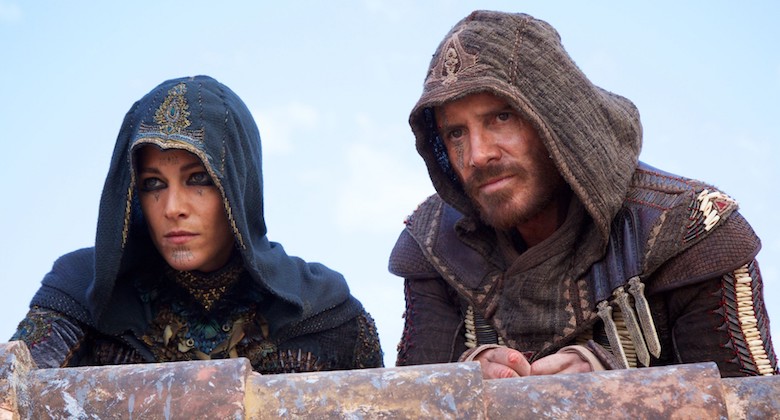 I can’t imagine that many people were genuinely holding out hope for Assassin’s Creed to break the mold and become one of the first watchable video game movie adaptations in history, but for those of you who were, I’m sorry to report that the critical reaction has been as negative as the rest of us assumed it would be.

Having released throughout the United States on Wednesday night, reviews have begun pouring in for Assassin’s Creed, and while it doesn’t appear to have been as epic a disaster as some other video game adaptations, very few critics could find anything nice to say about the Michael Fassbender vehicle.

Below, we’ve rounded up a few reviews from around the internet to give you a taste of the critical response to the movie. For any of you who were planning on seeing the movie this weekend: I’m sorry.

“It’s all fun to look at but there’s nothing that will make you care about the characters, or really make you want to see things through to the climax, which feels completely emotionally detached from the rest of the picture.

Assassin’s Creed is easily the worst movie Fassbender and Cotillard have ever participated in, and given that they’re both terrific actors, I can only fault them for choosing so poorly.”

Glenn Kenny of the Times was equally dismayed by the final product:

“Ms. Cotillard, Mr. Irons and several other distinguished thespians, including Charlotte Rampling and Michael K. Williams, mostly glower and intone dialogue like “I assured the elders we’d have the apple for London.” For an ostensible action movie, the cast spends an awful lot of time standing around and looking lost. I can only guess that they were following their director’s lead.”

Our sister site Variety gave the movie its due as well:

“I won’t attempt to parse the fetishistic levels of “meaning” woven into the “Assassin’s Creed” video games, but in the movie the material is derivative in the extreme. Basically, we’re watching “The Matrix” and “The Da Vinci Code” get Cuisinarted into weaponized action sequences that look like they came off of old heavy-metal album covers. There’s an aura of cult doom hanging over the action, but that just makes everything on-screen feel glumly ritualized and abstracted.”

Ben Kendrick of Screen Rant was slightly more positive, admitting that the movie is a step in the right direction for a genre that has been the butt of jokes for far too many years:

“Assassin’s Creed is a step in the right direction for video game movies but slick action and beautiful visuals are undercut by a hollow hero story. Moviegoers who are already familiar with Assassin’s Creed through gaming, comic books, novels, or short films, will likely have an easier time appreciating Kurzel’s adaptation – given that knowledge of source materials will fill in pesky narrative gaps. On the other hand, Kurzel’s attempt to please everyone (moviegoers, game fans, and the game studio) ultimately undermine the film’s ability to excel in any one vertical.”

Finally, while a majority of the reviews skew negative, Rolling Stone actually had a good time:

“[…] remember Warcraft, when the gifted filmmaker Duncan Jones tried and disastrously failed to instill soul into a lifeless, role-playing franchise? That should have been a lesson to director Justin Kurzel and his producer/lead actor Michael Fassbender … and yet these defiant rebels think they can change things. They eventually hit a brick wall, of course, but there’s ferocious fun in watching them go at it with such lunatic energy and recklessness.”

Assassin’s Creed is in theaters now (in case you’ve already seen everything else).