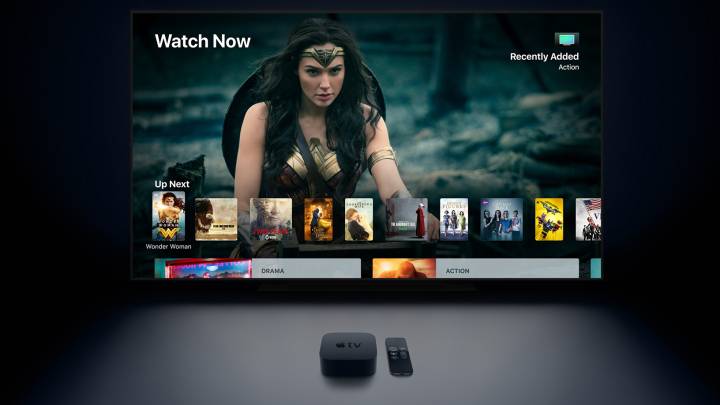 There’s a new 4K Apple TV in town, and Apple made it a lot interesting than other 4K products by promising that all your existing HD titles from iTunes will be converted to 4K. That’s a great incentive to buy a device whose main feature is support for 4K content. However, Apple wasn’t entirely honest when advertising the new iTunes feature, leaving out one crucial detail.

Yes, Apple will let you watch 4K versions of your HD movies, but that doesn’t mean you can download them locally and play them whenever you feel like it. 4K content can only be streamed using the Apple TV 4K.

Of course, if you don’t have a minimum internet speed of 25Mbps, then you won’t be able to stream content in 4K either, according to the same document.

It’s unclear why Apple is doing this. Maybe it’s part of the deal with studios, something Apple had to give up during negotiations. What’s also plausible is that storing 4K movies on Apple TV isn’t feasible as long as the box only comes with 32GB or 64GB of storage. 4K content tends to require a lot more storage than a regular movie. Yes, you could download it on a computer and stream it on your Apple TV 4K. But that’s apparently not an option either.

So, before you buy your Apple TV 4K, make sure that you can stream 4K content. If your internet connection isn’t good enough, then you’d probably better settle for the older Apple TV model.