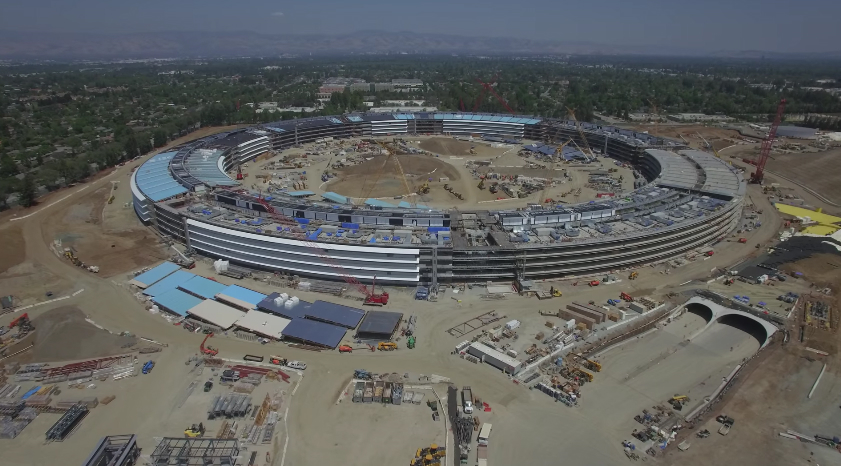 Apple’s spaceship-shaped Campus 2 headquarters is far from being finished, but an amazing 4K video captured with a drone shows the impressive progress of the massive architectural undertaking.

DON’T MISS: iPhone 7 will finally fix the one thing everyone hates most about the iPhone

The main building in Apple Campus 2 impresses not only because of its colossal size and shape but also because it’s supposed to be eco-friendly. The same goes for the additional buildings in the campus, including the R&D facilities, the massive gym, the new amphitheater, and even the parking lots.

Matthew Roberts took his DJI Phantom 3  for a June 2016 update of the Campus 2, highlighting the various developments since his May flyover.

The video explains that Apple Campus 2 will utilize passive cooling and heating systems, and the buildings’ roofs will feature solar panels. In fact, it appears that deployment of solar panels is at about 75% for the massive parking lots that will be able to hold some 11,000 cars.

Other interesting details concern the amphitheater, whose roof is made of carbon fiber weighing in at 80 tons. The 100,000 square feet fitness facility is equally impressive. Even Apple’s dirt mountain is a sight to behold, as it’s even taller than the spaceship and additional buildings.

You can see the magnitude of Apple’s Campus 2 development in the following video: