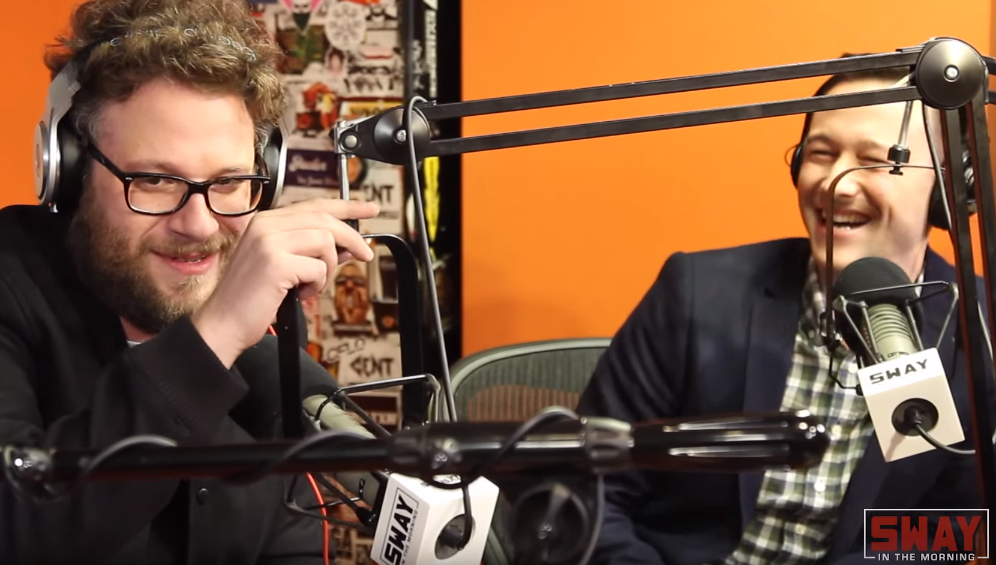 To promote their just-released film The Night Before, actors Anthony Mackie, Seth Rogen and Joseph Gordon-Levitt went on the Sway in the Morning radio show this week. While they did talk about the new movie, the highlight of their appearance was without a doubt an epic freestyle battle where Mackie and Gordon-Levitt dragged Rogen into making some awkward-yet-hilarious rhymes of his own.

Both Mackie and Gordon-Levitt both handle themselves fine in their brief verses but Rogen says he’s reluctant to join despite the fact that “I humiliate myself so often.” He starts out a little slowly but really gets into a flow and starts dropping lines like “Y’know what? I don’t care / My underwear / Doesn’t fit my public hair / My bush is too big / It looks like a clown wig.”

Obviously this video is not safe for work but it’s still hilarious. Check it out below.