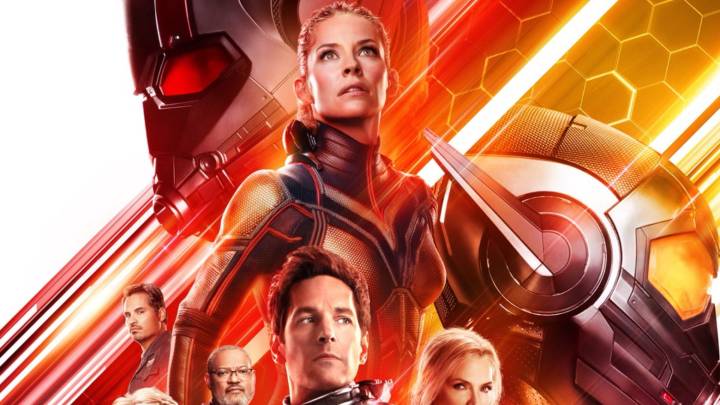 Waiting a year for the follow-up to Avengers: Infinity War is going to be difficult, but we’ll only have to wait a few more weeks for the next Marvel movie to hit theaters. Ant-Man and the Wasp is the sequel to Ant-Man, following Scott Lang after he teamed up with the Avengers in Captain America: Civil War for the awesome airport fight scene.

On Tuesday, Marvel shared the latest trailer for the sequel, showing off Scott Lang (Paul Rudd) teaming up with Hope van Dyne (Evangeline Lilly) to take down a villain called Ghost (Hannah John-Kamen). They call her Ghost because she has the ability to phase through objects using stolen technology.

Everyone wants to know where Ant-Man was during the events of Infinity War. A vast majority, if not all, of this movie will take place before the battle with Thanos began, but by the end of the movie, we might get some answers.

Here’s the official synopsis for the film, in case you want to know what the movie is actually going to be about:

From the Marvel Cinematic Universe comes a new chapter featuring heroes with the astonishing ability to shrink: “Ant-Man and The Wasp.” In the aftermath of “Captain America: Civil War,” Scott Lang (Paul Rudd) grapples with the consequences of his choices as both a Super Hero and a father. As he struggles to rebalance his home life with his responsibilities as Ant-Man, he’s confronted by Hope van Dyne (Evangeline Lilly) and Dr. Hank Pym (Michael Douglas) with an urgent new mission. Scott must once again put on the suit and learn to fight alongside The Wasp as the team works together to uncover secrets from their past.

Tags: Ant-Man and the Wasp Marvel