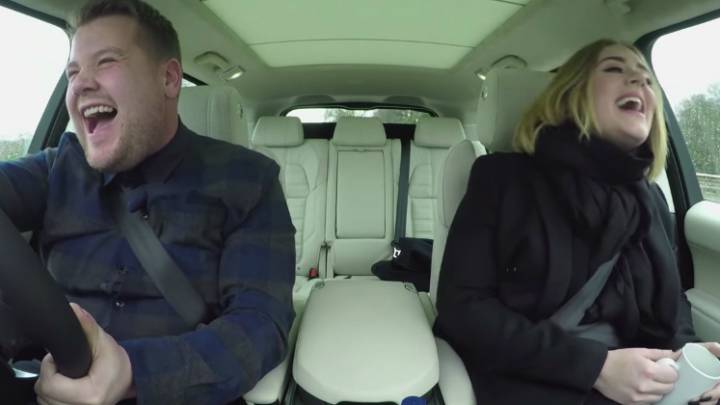 If you’re familiar with Carpool Karaoke, then you’re certainly going to want to see Adele perform Hello, her latest smash hit, during the James Corden show late on Wednesday. If you’re not familiar with the segment but still love Adele, you should know that Carpool Karaoke features Corden driving artists around and singing some of their most popular songs with them.

The following teaser shows you what you can expect from Adele’s appearance on the show, and it’s definitely worth watching.

As you’ll clearly see, this isn’t your regular performance as it all happens in a car. Before Adele made an appearance on the show, others artists including Iggy Azalea, Justin Bieber, Jason Derulo and others joined Corden in the car. And it’s not just singing — you can expect all sorts of banter during this particular series. This isn’t quite like Seinfeld’s Comedians in Cars Getting Coffee series, but it’s certainly exciting.

Check out the teaser below, and see the full Carpool Segment on The Late Late Show with James Corden on Wednesday.